If You Have Any Of This Cereal In Your Cabinet, You May Want To Throw It Away ASAP 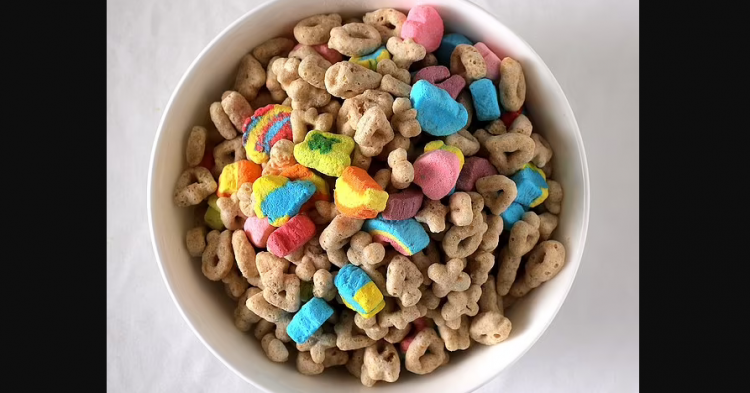 Customers have been complaining about getting sick after eating the popular breakfast cereal, Lucky Charms. So many people complained that the government is now getting involved in making sure it is still safe for people to consume or if the product should be recalled. The United States Food and Drug Administration has launched an investigation into the breakfast item because dozens of people – more than one hundred people – have reported illnesses after consuming the breakfast cereal.

On Saturday, the FDA released an urgent statement warning people that Lucky Charms cereal has made dozens of people sick since the beginning of the year.

“The FDA takes seriously any reports of possible adulteration of a food that may also cause illnesses or injury,” the agency said in the statement they released to the public.

An agency spokesperson added, “The agency is currently reviewing and investigating these reports.”

People rarely get sick from mass-produced breakfast cereals. The reason for that is that these items are typically baked. However, cereal products can get contaminated with germs that can make people sick after it’s baked – typically when cereal is glazed with a sugar coating. It can also get contaminated when it goes into the packaging.

On iwaspoisoned.com, several hundred people have reported that they’ve gotten so sick after eating Lucky Charms that they started vomiting or suffered from nausea or diarrhea.

An Ohio resident wrote, “This is actually my second time experiencing symptoms after eating Lucky Charms, and I am certain it is the cause.”

Other complaints included the following:

“Having extreme abdominal pains time, I am holding on to the remaining cereal left in the Box and hoping to get it tested soon!” a Lucky Charms customer wrote.

“My son ate the Lucky Charms, and later that day, he was ill. It comes out of nowhere lasted for a couple of days,” wrote a critic from North Carolina.

“I had Lucky Charms for breakfast. After that, about an hour or so later, I got diarrhea and bad gas,” wrote one person from Pittsburgh, PA.

Other complaints included one from a Rochester, NY resident who wrote, “Ate Lucky Charms for breakfast on 4/12 and 4/13. I started feeling very nauseous and bloated to the point where it felt I was in a big bear hug. On 4/15 continued to feel nauseous, and then diarrhea began. First, it looked like chicken noodle soup. Then it was like I had taken preparation for a colonoscopy! Looked like muddy water was gushing out.”

Patrick Quade, the founder of iwaspoisoned.com, claimed that his website had received more than 3,000 reports from people allegedly sickened by Lucky Charms.

“We have had an unusually high number of reports for this product, which is why we have reached out to the FDA,” he said.

The FDA has not yet issued a formal recall of Lucky Charms as they are still investigating the complaints. However, if you have any of this cereal in your cabinet, you may want to throw it away as soon as possible. It’s better to be safe than sorry when it comes to food poisoning. No one wants to spend their days sick in bed or running to the bathroom every five minutes.

Do you think the FDA will find anything wrong with the cereal? Have you eaten Lucky Charms recently?