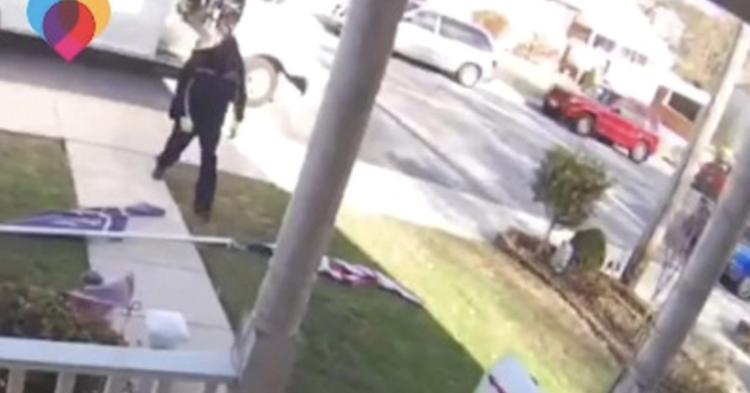 Porch pirates have been plaguing American homes for years. Ever since people started buying en masse online, UPS and FedEx services have been busy delivering package after package to American properties. This has led some thieves to get creative and to steal items off the porches of home deliveries. However, one FedEx driver proved that he was a man of honor when he delivered more than a package to a home in Ferndale, Maryland – and the entire act of goodness was caught on a home security camera.

FedEx driver Mike King was assigned to deliver packages in Gail Cook’s neighborhood. Although he didn’t have a package for Gail the day the video was recorded, he stopped his truck and left the vehicle to go on her property. As it turned out, King saw a flag pole that had been knocked down, and he could not let Old Glory get muffed up with dirt. 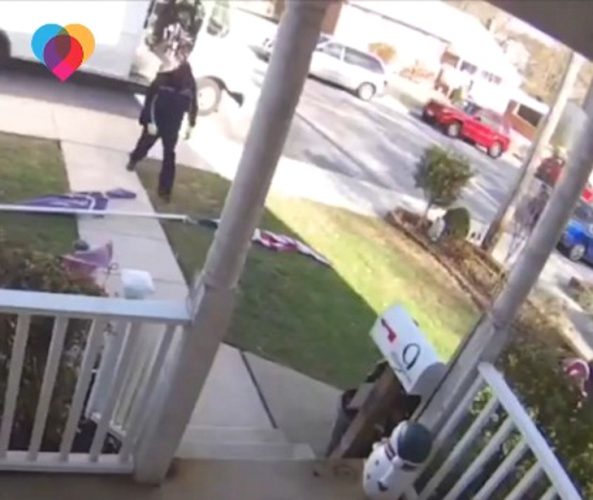 Cook’s security camera caught every moment of King’s patriotic gesture. As though caring for a newborn baby, King picked up the flag and began folding it like it was the most important thing in the world to him at that moment. After he finished folding the flag, King carefully placed it on Cook’s porch and returned to his FedEx truck without realizing that his good deed was caught on camera.

He returned to Cook’s property and placed the perfectly folded flag on her porch. He then took care folding the Baltimore Ravens flag that had also fallen down when the pole was knocked over. By folding the flag in this way, King was able to show his respect for America and everything it stands for. 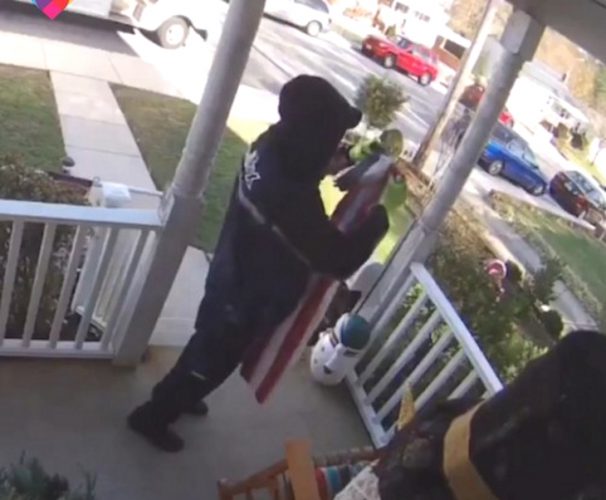 King once served in the United States Marine Corps. Because of his service, he knew that it was his duty to ensure that the American flag was not soiled by the dirt. By taking care to fold the flag in the most respectful way, he earned Cook’s undying admiration and won over the hearts of millions of Americans who watched King perform his good deed via the viral video uploaded to the internet.

Cook was not home when King performed his patriotic duty. She returned home to find her flags neatly folded and left on her porch. Underneath the American flag, King had placed the folded Ravens’ flag. Cook revied her home security footage to see how the flags got folded and was delighted to see the FedEx driver spending time during his shift to show his respect to America. 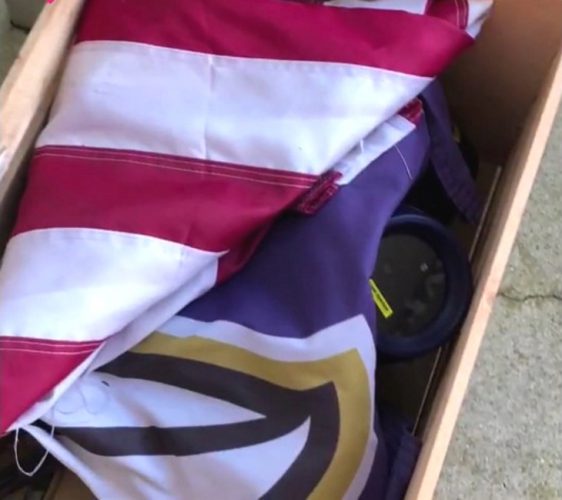 Gail Cook spoke to the Baltimore Sun about King’s dedication to American values.

“He was just driving by and stopped. He’s a former marine, and for him to do that, it was just so nice of him.”

After the video of King went viral, FedEx posted a message officially praising King for his good deed.

“FedEx Ground is proud of the many contributions our team members and vendors make to our local communities every day. We commend the patriotic actions of Mike King, a service provider employee who went above and beyond to properly care for a fallen American flag while on his route.”

What do you think about this FedEx driver’s patriotism?