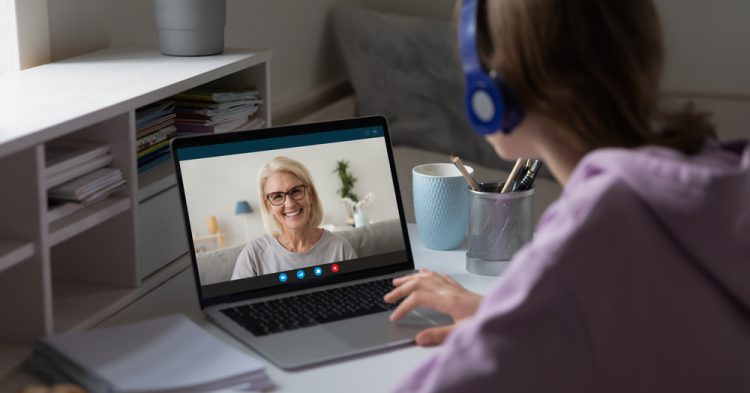 Mom does everything she can to raise her daughter right. Since the girl’s father is not in her life that much anymore, mom is responsible for all the child-rearing. It’s a lot of work, as any parent understands. However, mom continues to butt heads with the girl’s grandparents over something mundane – the girl’s name. Because this continues to be a problem, mom decided to share her story on Reddit and get some feedback from people across the internet.

The post on Reddit was widely read and met with a large response. People were outraged by the grandparents’ mistreatment of the little girl’s name. And it was largely agreed that mom was right and her grandmother was wrong.

“I gave my daughter a fairly common but not exactly a conventional name. I’ll use a similar but fake name for the purposes of this post, ‘Luna.’ My ex isn’t involved in Luna’s life that much. He was present for the first couple of years but just didn’t want to be a dad, so he pays child support and shows up every now and again (2 or 3 times a year) to see Luna, but that’s about it. His parents, however, are involved. I’ve known them for years, and my own parents aren’t involved in my life, so they are Luna’s only set of grandparents.

“Luna is eight years old. My ex’s parents never really liked her name and called it ‘hippy dippy bullshit’ when I told them what her name was, but they seemed to accept it and move on. The last time they spoke to Luna was over the phone about two months ago, and I heard them calling Luna ‘Lily’ over the loudspeaker. I’d never heard them call her that before, and Luna frowned when she heard it, so after the call, I asked Luna if that was a nickname they gave her, and she said yes. I asked if she liked it when they called her that, and she said no. I said that I’d never heard them call her that, and she said they only do it when I’m not there, and she’s been ignoring them when they call her Lily and saying she didn’t like it, but then her nan says she’s rude, so she feels like she has to respond to ‘Lily.’

“Today, we were meant to have a video call. I called them, said Luna had told me about ‘Lily’ and she didn’t like it, and from now on, use of ‘Lily’ results in me hanging up on them. I then called Luna in, said I’d go check dinner, and I barely got to the door when I heard ‘hi Lily!’. True to my word, I then walked the 2 or 3 steps back to the laptop, joined Luna on screen, and said ‘bye’ before I hung up on them. Luna thought it was really funny and thanked me, and my boyfriend agreed with me, but my ex and his parents are both mad at me, saying it was an honest mistake, they’ve been calling her Lily for years, and I can’t expect them to break a habit like that so fast. They also want an apology for hanging up on them so abruptly. I’ve responded that I intend to do it again and again until they call Luna by the name she prefers. They’ve responded that this is very immature of me, and I shouldn’t be barring their access to Luna over ‘petty’ things like this.”