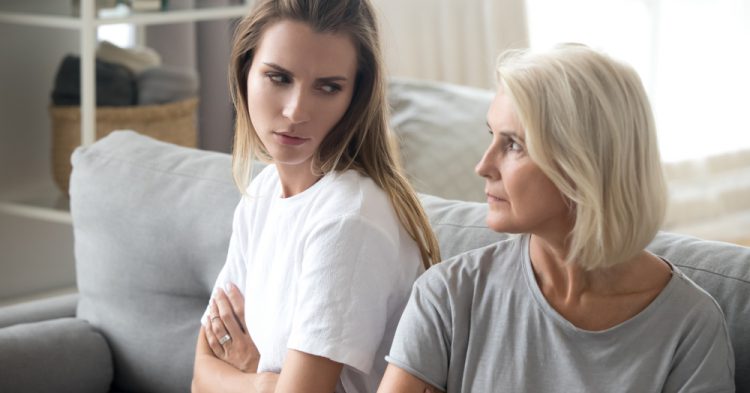 Couples come together from all sorts of different backgrounds. Sometimes people are from similar backgrounds or have family connections or ties. Other times, they could not be further apart. One mother of a teenager married into wealth. She came from a humble background, but her husband grew up with access to wealth. Now, when she and her fourteen-year-old daughter go to their rich mother-in-law’s house, the teenager wears an “Eat the Rich” shirt to strike horror in the heart of the grandmother – but her response was priceless.

Mom writes, “My husband grew up very privileged. He made some bad decisions in regards to dropping out of school, so he did not end up with a cushy job working for his father as he had always envisioned. MIL coddled him for a while, but they had a falling out over me, and she cut all funding off (as was her right), so we are barely middle class, and our kids live in a very different world from their grandparents.”

Although grandma showed interest in the daughter when she was young, their relationship has not developed over the last few years. In other words, the grandmother and granddaughter are not too close.

“MIL has never been close to my daughter. She was ecstatic when she found out I was having a girl and made all of these plans to dress her up and spoil her, but my daughter wasn’t into it, and MIL lost all interest.”

Because the two sides of the family don’t often spend time together, their differences are not as apparent. But as soon as the grandmother and granddaughter begin spending time together, there is no hiding how different they truly are.

“My daughter is 14 and has recently gotten into social justice and activism. She is what FIL would call a socialist and now even more of the black sheep of the family. We don’t spend much time with them, so it really isn’t an issue, but yesterday we went over for MIL’s birthday, and my daughter was wearing her eat the rich shirt.”

However, grandma tried to ignore it.

“My husband thought she should change, but I didn’t think it was a big [deal]. MIL made a face when we got there, but she didn’t say anything.”

Then, a younger cousin spoke up.

“My 13-year-old niece was the one who had to comment and says it was ‘disrespectful’ and ‘trashy.’ FIL told her not to worry because now she should know she is getting all of the money when they die.”

A while later, grandma spoke up.

“MIL randomly said, halfway through dinner, that it’s sad I allow her granddaughter to be disrespectful, and it is my fault they aren’t closer. My daughter tried to defend herself, and MIL said, ‘no, the adults are talking.’”

Although the family left shortly after that, mom wanted to say one more thing in defense of her daughter.

“We left shortly after that, and I texted MIL that I’m not going to let her disrespect, my daughter. She replied that it is sad that I’ve let my daughter ‘become so stupid’ and that I don’t encourage her to have a relationship with her grandparents. Now my husband is mad at me and saying it is all my fault.”