Golden Retriever Goes Viral After He Adopts His Own Kitten

Golden retrievers make great family pets. They’re friendly animals that are awesome with children and other small critters. And as a proud owner of a golden retriever named Crosby, Imgur user squishiepeachies was glad to share an update on the social media platform that informed viewers just how awesome of a pet Crosby really is. The pet owner had previously owned other animals, but they had passed away a few months before, leaving them with just Crosby to live at home.

Crosby was sad to lose the other pet. But the Imgur user thought that the dog was still happy being the only pet in the household. They did not know how wrong they were when it came to that little detail. Crosby didn’t want to be alone anymore and was willing to go out of his way to find a companion to befriend in short order. 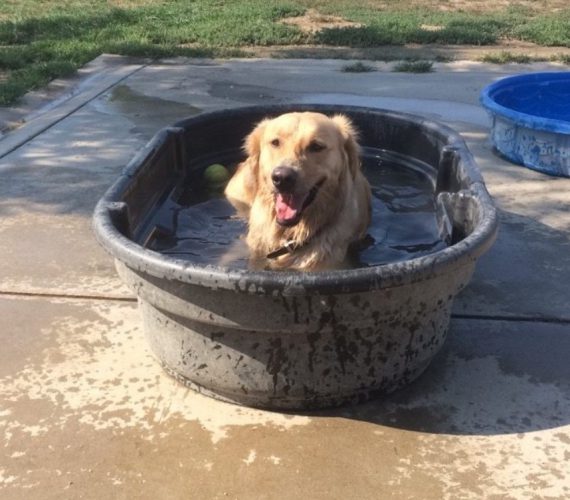 “This is Crosby. He is the best good boy,” squishiepeachies wrote on Imgur. “About 6 months ago, he lost his kitty friend, and just over a month ago, he lost his best doggo friend that he’s had as a companion since he was 8 weeks old. Crosby has been pretty okay about being an only doggo, or so I thought.” 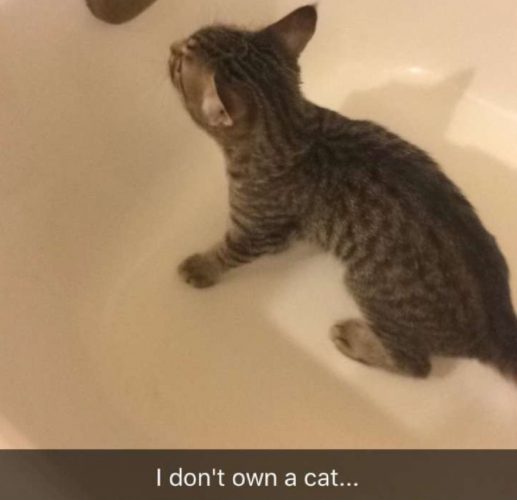 The pet owner continued about how they were met with quite a surprise when they came home from work on an otherwise ordinary Thursday. They were immediately pulled into the bathroom by Crosby, who wanted to show the pet owner something shocking.

“On Thursday, I came home, and instead of our normal routine of Crosby howling with excitement to see me, he led me straight to the bathtub. This kitty was meowing up a storm. I’ve never seen this kitten before, and although I do have a doggy door, it’s way too high off the ground for this little baby to have snuck in. Seems to me that Crosby must have brought her inside. She has an uncanny resemblance to the kitty friend he lost 6 months ago.” 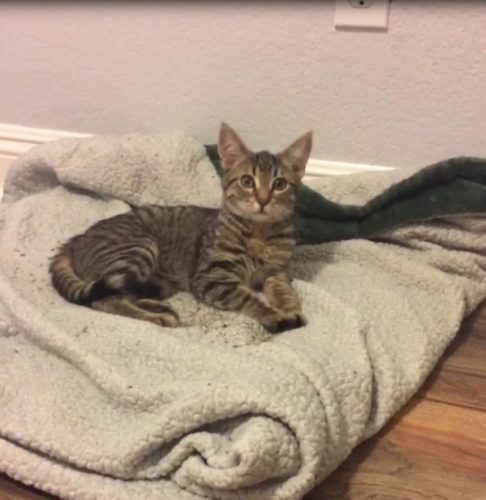 The pet owner wasn’t sure if the cat was lost or if it was a feral stray. They decided to do some investigating.

“I talked to the neighbors surrounding my house, and she’s been seen before, but no one knows who owns her. Then I took the kitty to the vet to see if she was microchipped, and she wasn’t. She was, however, spayed just a few days ago and is thought to be about 4 months old. The vet basically told me that if I took her to the shelter, she’d be put down because there are already over 300 kittens at the county shelter alone that need homes. He said I could try putting her outside and hope she goes home, or I could keep her.” 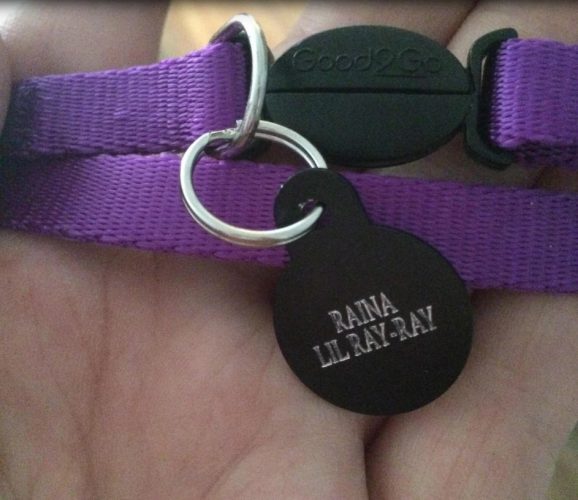 The cat’s name was up for contention, so the pet owner let their high school class name the cat Raina Lil Ray-Ray.

“I guess Crosby didn’t like being an only doggo after all.”