Fights Broke Out At The “White Lives Matter” Rally In California 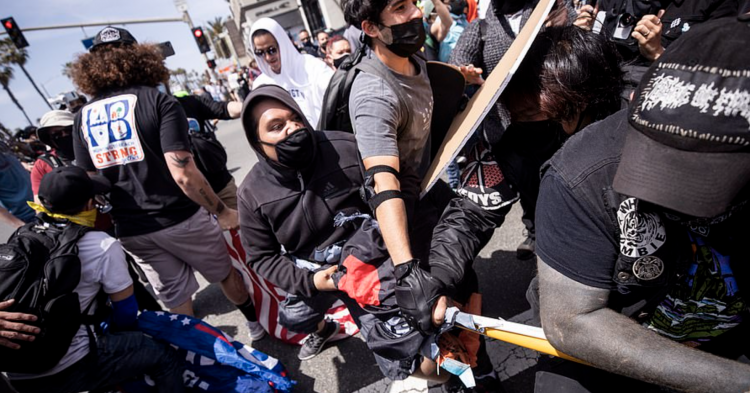 In Orange County, California, hundreds of people showed up to protest a White Lives Matter rally. The event was organized by right-wing groups that have ties to white supremacists. The groups have demanded that the governor – or at least the state of California – transform April 11 into a national day that “White Lives Matter.” Because the police did not keep the conservatives and progressives apart during the rally in Huntington Beach, California, the two got closer and began to clash in broad daylight.

As skirmishes continued, police were forced to cancel the “unruly” event. By 2:30 pm, the police declared the White Lives Matter rally an “unlawful gathering” and began escorting people away from the rally. 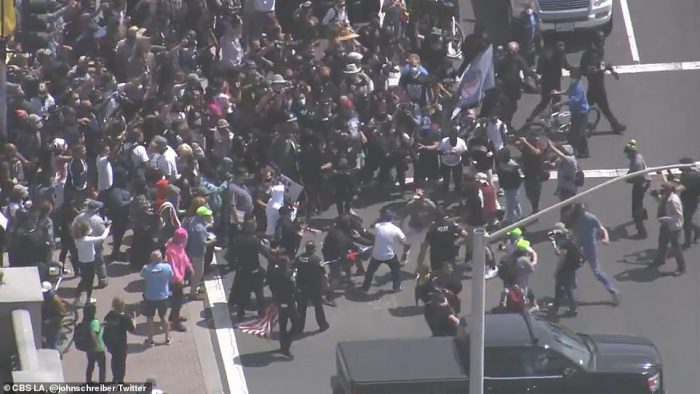 Police saved two White Lives Matter protestors after the man and a teenager were surrounded by counter-protestors. The man and teenager had an American flag, a “Don’t Tread on Me” flag, as well as last year’s Trump campaign flag. Police rushed toward the trapped men and burst through the crowd on horseback. The police then scooped up the White Lives Matter protestors and brought them to a safer location. 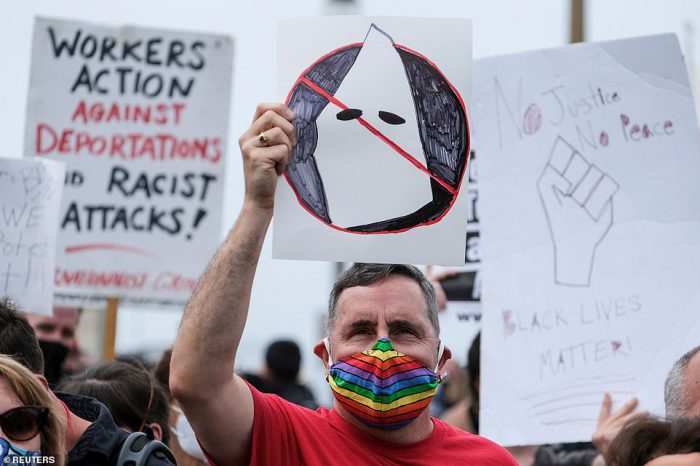 In Orange County, residents received Ku Klux Klan propaganda at their homes in anticipation of the conservative rally. The KKK materials advertised the white lives matter march in the conservative part of Southern California. However, authorities believe that the people responsible for the flyers and the rally were not one and the same. Instead, the KKK used the rally to promote its cause and get the word out to residents across Orange County.

In New York, a single man stood in front of Trump’s former home at the Trump Tower and faced down a swarm of counter-protestors as he gave them a Nazi salute. In Seattle, Washington, the white lives matter protests also failed to materialize. None of the right-wing protestors showed up at the park; however, the counter-protestors – the anti-fascists – showed up anyway. 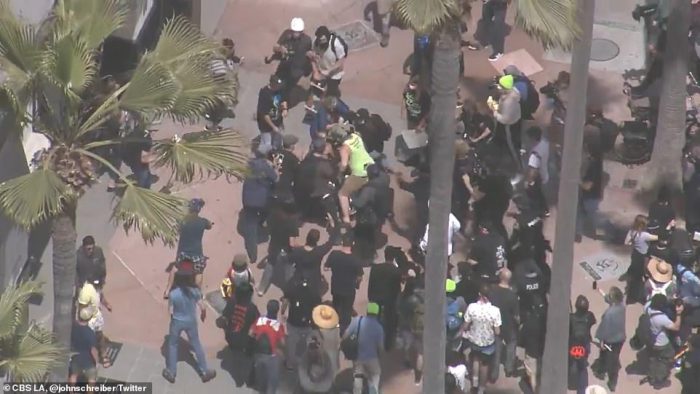 Another “white power” march was scheduled in Columbus, Ohio, but the marchers never showed up for the engagement. A similar event happened in Philadelphia where only a few people showed up for the “Picnic Against Hate.” In Albuquerque, New Mexico, a large group of counter-protesters gathered in the town square, but none of the White Lives Matter people showed up as planned.

In Huntington Beach, police made several arrests. Only one arrest was for a counter-protestor, who was arrested on charges of using amplified sound. Several White Lives Matter protestors were detained and arrested because the police felt they were safety hazards. 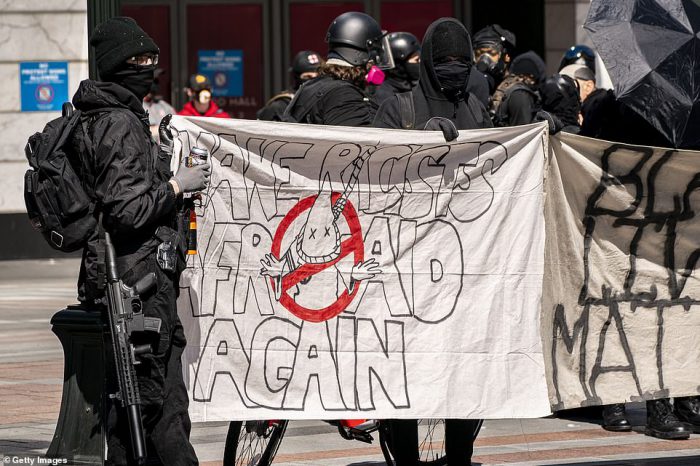 The nationwide gatherings were advertised over social media, which has some people wondering if they were organized by Russians to cause division in America.

What do you think about these gatherings?