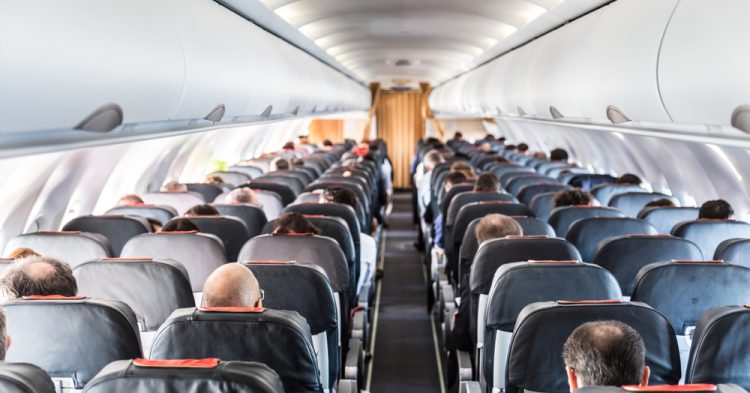 Passengers aboard an American Airlines flight leaving Miami were met with a shocking surprise when a man broke out of the plane and climbed onto the wing. The incident happened when the plane landed in Miami and was taxiing to the terminal at Miami International Airport. By the time the airplane reached the terminal, the man was out on the wing risking his life with every second he spent there.

The flight arrived in Miami on Wednesday night. American Airlines flight 920 originated from Cali, Colombia, in South America and was carrying a lot of passengers. Officials at the international airport did not waste a moment subduing the suspect who climbed onto the wing of the plane and risked his life in the process.

“The customer was immediately detained by law enforcement. We thank our team members and law enforcement for their professionalism and quick action,” American Airlines said in a statement.

The suspect was identified as 27-year-old Carlos Baquedano, and he faces charges of criminal mischief, trespassing, and resisting arrest. Passengers were shocked by the incident, but no one was injured in the process.

“When we landed, there was a person that jumped onto our wing,” passenger Alex Lavet told WSVN-TV. “I was sitting right on the wing looking out, and I see a guy had jumped onto the plane’s wing, running on it with no shoes.”

“And then these two people end up climbing onto our like floor area of the plane,” said passenger Krista Rosolino. “They were yelling at him, and my husband was like, ‘I’m a doctor, let me through!’”

The suspect reportedly sat calmly as he waited for authorities to respond. It is unclear why the man jumped onto the plane’s wing in the first place, and investigators are still trying to determine what prompted him to break out of his seat and jump on top of an airplane mid-flight.

The Boeing 737 had just landed in Miami on Wednesday night when the man managed to open an emergency exit door and climb onto the wing of the plane. He then spent about 20 minutes out there as passengers watched him from inside before authorities were able to remove him, according to reports. According to officials, no injuries have been reported so far.

The man was still on the wing of the plane when it made its way to a gate at Miami International Airport, and he seemed calm as law enforcement officers surrounded him with guns drawn while they waited for air stairs so they could get on board. One officer stood right next to him, ready in case Baquedano tried anything else dangerous. He was then escorted off the plane by police.

Authorities said he had broken out of a window seat and was standing on the wing at about 11:30 p.m. when a flight attendant asked him what he was doing, WPLG-TV reports. He did not answer but instead stayed there as if he were walking in place, witnesses said.

Many passengers quickly took to social media after witnessing the incident, while others snapped photos of the man. Several of them shared their experience with local media outlets and revealed that the man was still on top of the plane when it reached a gate at Miami International Airport.