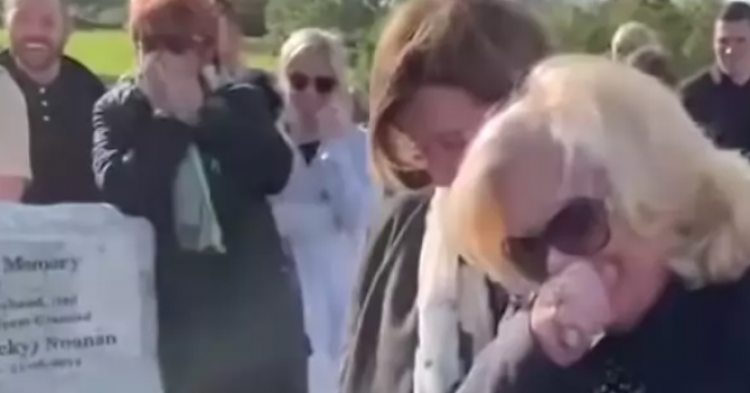 Where’s the last place people are supposed to laugh? A funeral, of course. But mourners in Ireland could not hold back their joyous laughter when the deceased pulled one last prank on them. The event occurred during a funeral for Shay Bradley, who served as an Irish Defense Force veteran. Video footage from his funeral begins by showing everyone gathered in tears. The crowd has just offered up a round of applause at the start of the video when the bagpipes begin to play so those gathered can say their final goodbye to Bradley.

However, before he passed away, Bradley wanted to make sure he would get the last laugh at his own funeral, so he set about orchestrating an elaborate prank that would occur on the day he was lowered into the ground. Bradley’s funeral was taking place in Kilmanagh, Leinster, Ireland, which was where the video below was recorded. Soon, the video was picked up by local media and shared with the world. 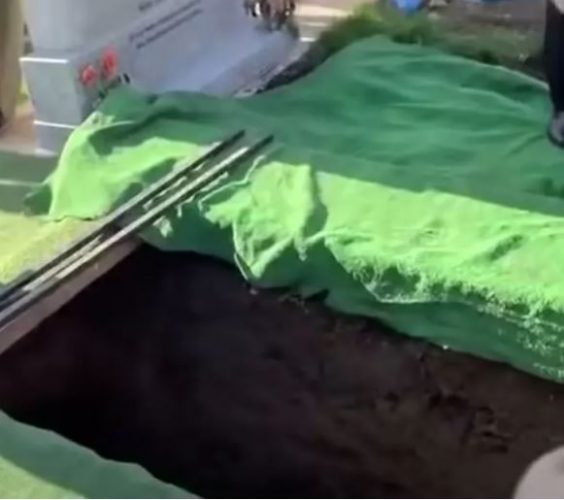 Mourners are overcome with emotion as the bagpipe music begins to play. They’re all gathered to pay their final respects to a good man who had fought a good fight. Bradley died on October 8, 2019, after a battle with cancer. He was a grandfather of eight and always had a good sense of humor. He was from Dublin, Ireland.

At the 23-second mark in the video, Bradley apparently comes back from the dead as his disembodied voice speaks to everyone gathered at his gravesite.

“Hello? Hello?” Bradley’s recording says. He then knocks against wood, which was supposed to symbolize him knocking against the coffin. “Let me out!”

It doesn’t take long for those gathered at the funeral to laugh at his joke. After his first “Let me out,” the crowd starts laughing and sharing in the good humor of the man who wanted to spread joy and happiness and celebrate the life he had lived on the last day he had a chance to make an impact – his funeral. 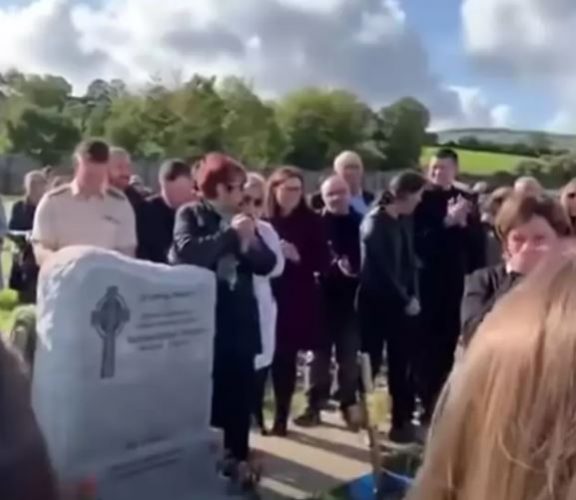 Thousands of people left comments on the video uploaded to YouTube by Liverpool ECHO. The following were a few thoughts from viewers like you.

“Imagine passing by and seeing a bunch of people laughing at the funeral.”

“He was dying to pull that prank.”

“He just buried all of the sadness… So anyone can still be happy.”

“He left them one last laugh to remember him by. That’s really awesome.”

“We’re all going to die. Why not have fun with it? It’s a great idea.”

Mel Dempsey shared a personal story: “At my grandpa’s funeral, his brother blurts out, ‘well, I guess I won’t be getting my $100.00 from him!’ Some folks laughed, and the rest of us were just confused. I come to find out later that day that my grandpa bet his brother $100.00 that he’d be pissing on his grave. Well! I guess he lost that bet!”

What do you think about this deceased man’s prank at his funeral?