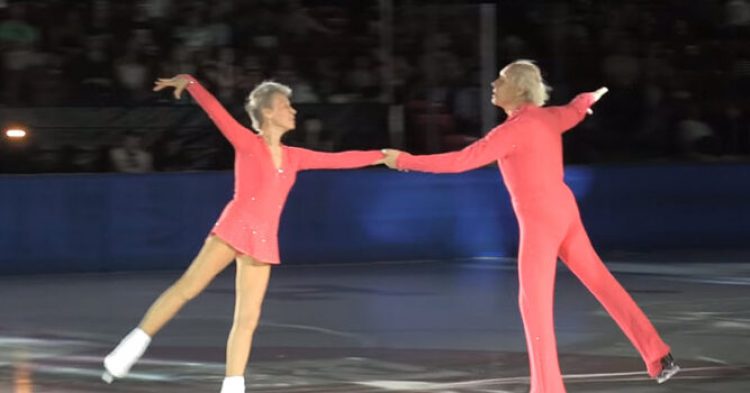 When it comes to living legends in figure skating, few people can live up to the reputations of Oleg Alekseyevich Protopopov and Lyudmila Yevgeniyevna Belousova. Although they’re now in their eighties and late seventies, Oleg and Lyudmila remain at the top of their game as was proven when they took to the ice to show just how well they’ve been doing in their semi-retirement.

These skaters became legends when they took home Gold medals for Mother Russia in the Olympic Winter Games in both 1964 and 1968 in the middle of the Cold War. Both of these amazing skaters came to the sport late in the game. Oleg was just about fifteen when he took to the ice for the first time, and Lyudmila was sixteen. Compared to their competitive counterparts, they entered the game much later and had to do a lot of catch up – but that has hardly mattered given their championship success. 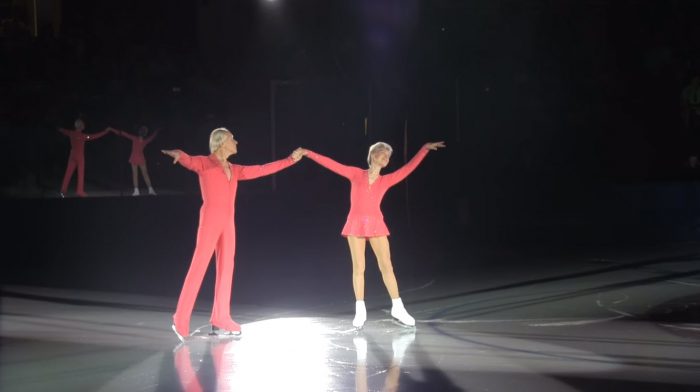 Oleg and Lyudmila met in 1954 and began skating together from the beginning. They were a natural pair. Only a few years later, the pair got married. They found themselves to be deeply, deeply in love and tied the knot in 1957. They’ve been an item for more than six decades now.

As if their marriage was the catalyst that launched their ice skating career, the pair took home thirteenth place in the world championship of partner ice skating in 1958 – just in time to celebrate their one-year anniversary.

After their first world championship appearance, the Russian couple really got down to business. A few years later, in 1962, the pair came in second place – which was a huge improvement compared to how they did the first time. Then, after relentless practice, they won their first world championship in 1965. They retained that high honor for three years, entering the Olympic Winter Games during their tenure at the top – and they took home the Gold medal in 1964 and again in 1968.

Nicknamed “The Protopopov’s,” the pair never stopped performing. They defected from the horrible condition of politics in Russia and fled to safety in Switzerland. While in the neutral country, the begged America to grant them asylum to escape from the deadly conditions during the Cold War. 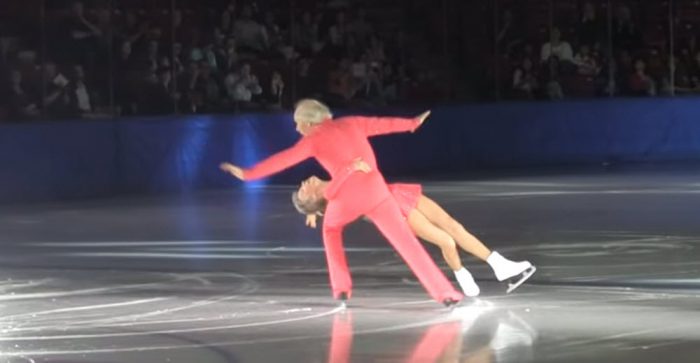 The video below was filmed in 2015. The pair, who are elderly senior citizens by this point, is shown skating with as much prowess as they did throughout their career. They were featured after they retired from their work with the Ice Capades.

Right from the start of their ice skating performance, the pair prove that they’re still worth their salt on the rink. They have a romantic style of moving about on the ice and seem to be very much in love all these decades later.

Unfortunately, Ludmila passed away two years after this performance in 2017. Oleg continues to live his life and is currently eighty-seven-years-old.

Watch their amazing performance in the video below. Although they’re elderly, they don’t seem like it when they’re gliding along the ice like angels.

What do you think about their accomplishments on the ice?