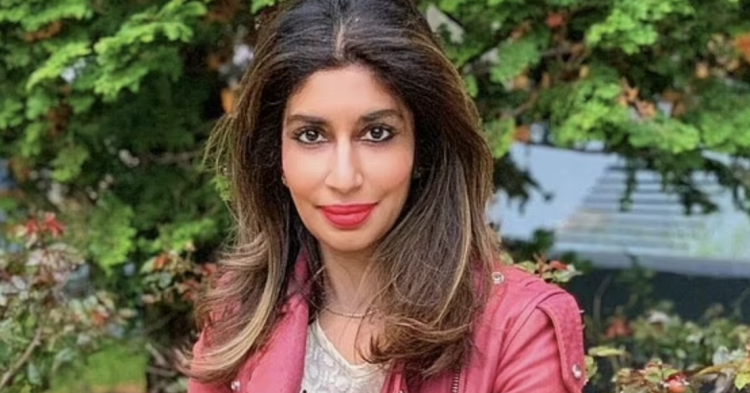 Dr. Aruna Khilanani, a psychiatrist, confessed that she fantasizes about shooting white people during her talk entitled The Psychopathic Problem of the White Mind. During the talk, which was presented virtually to a Yale University panel, Dr. Khilanani made several shocking comments that were all based on the psychology of whiteness. Once during the 50-minute talk, the New York City psychiatrist admitted that she has had fantasies about “unloading a revolver into the head of any white person” if they got in her way.

The Yale School of Medicine’s Child Study Center invited Dr. Khilanani to speak to the school’s medical students and faculty. Audio from her talk has since been published on journalist Bari Weiss’ Substack blog on Friday. Besides operating her own private practice in Manhattan, the psychiatrist has also taught at Cornell University, Columbia University and New York University. 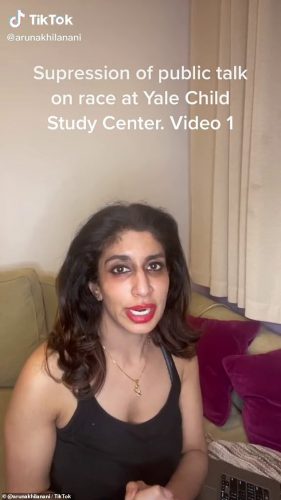 “I had fantasies of unloading a revolver into the head of any white person that got in my way, burying their body and wiping my bloody hands as I walked away relatively guiltless with a bounce in my step. Like I did the world a f**king favor,” Khilanani said during the talk.

During the talk, she spoke about white fragility, which occurs when white people are confronted about issues of race. She remarked how whites often feel “bullies” when non-whites bring up race. Dr. Khilanani called it a “psychological predicament.” 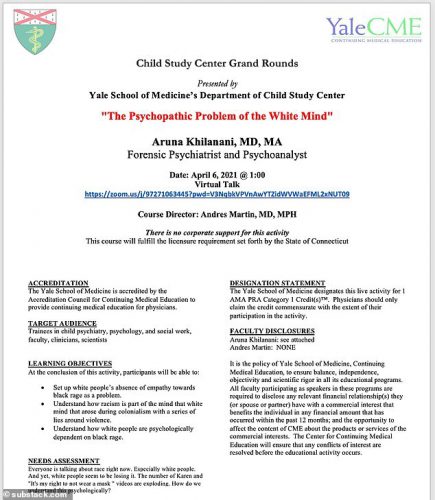 She added, “They feel that we should be thanking them for all that they have done for us. They are confused, and so are we. We keep forgetting that directly talking about race is a waste of our breath. We are asking a demented, violent predator who thinks that they are a saint or a superhero, to accept responsibility. It ain’t gonna happen. They have five holes in their brain. It’s like banging your head against a brick wall. It’s just like sort of not a good idea.”

Dr. Khilanani also expressed her opinion that it was often “useless” to speak about race issues with white people because they’re not engaged in the conversation and do not understand since their race is on top of the world.

“Addressing racism assumes that white people can see and process what we are talking about. They can’t. That’s why they sound demented. They don’t even know they have a mask on. White people think it’s their actual face. We need to get to know the mask,” she said. 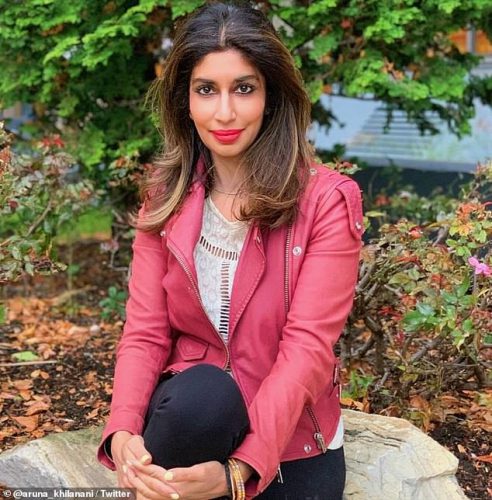 The talk also featured several instances when the NYC psychiatrist claimed that white people are “out of their minds” and that they make her “blood boil.”

“This is the cost of talking to white people at all. The cost of your own life, as they suck you dry. There are no good apples out there. White people make my blood boil,” she said during her Yale University lecture.

Yale later made Khilanani’s talk available to students but plastered it with a warning that it contained “profanity and imagery for violence.”

What do you think about this psychiatrist’s comments about whiteness?