Do You Think What This Mom Is Doing Is ‘Weird And Unnatural?’ 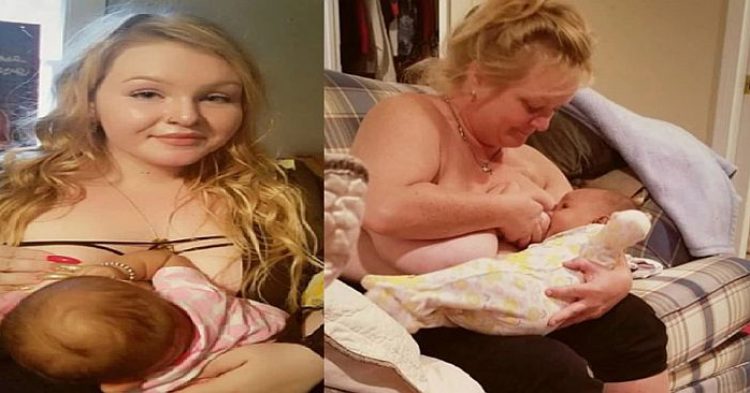 A young woman has a unique way of raising her daughter. Instead of breastfeeding the child herself, she has her mother, 47, do it for her. The young mother’s name is Julia Cannons. She’s 21 and lives in St. Louis, Missouri. Because she has to go to work and “stuff,” she asks her 47-year-old mother, Angela Owen to do the breastfeeding of her 10-month-old granddaughter Naomi.

Owen has five children of her own. She loves breastfeeding her granddaughter because it has helped them establish a “huge bond.” Cannons also breastfeed Naomi when she is available to do so.

Because Angela Owens was still lactating when her youngest child was born offered to breastfeed baby Naomi when she was just four months old. She has been doing it ever since, which gives mom Julia a break from childrearing.

“People say it’s weird, unnatural and gross,” nurse Julia told The Sun. “But what is more natural than feeding a baby? It’s how we all started out. Wet-nursing has been around since the beginning of time.”

Julia has been breastfeeding her daughter from the time of her birth. Because the baby could cluster feed, which means she eats a lot all at once, Julia’s milk source would deplete.

Eventually, granny Angela offered to breastfeed. It happened when Julia stopped by her mother’s house for a break and a shower. Naomi wanted to breastfeed, and Angela obliged her. 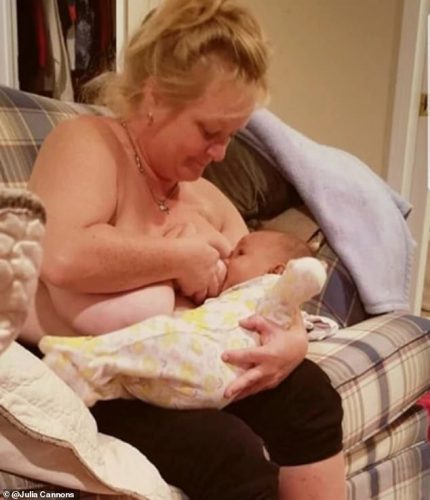 “I was in the shower, and she needed a feed,” explained Julia. “My mother had already asked me how I would feel about her breastfeeding Naomi. She still produces milk, and we knew she still produces. I was okay with it.”

Angela has been overproducing milk her entire motherhood. This works out for the pair because she can give her generous supply to her granddaughter. Because the duo both benefit from the intergenerational breastfeeding, they continue to do it.

Angela has undergone testing and scans and has been found to be completely healthy. The little Naomi is not at risk.

Although strangers and people online do not like to see the mother-daughter duo breastfeeding the baby together, they continue to do it. As Julia said, it’s been happening like this since the dawning of humanity.

Every month, Angela breastfeeds her granddaughter a few times. It’s not happening every day. 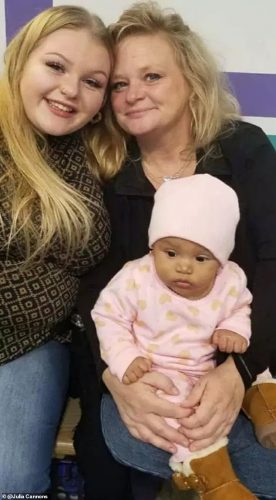 “She likes to do it,” Julia added. “She’s been doing it about six months. We weren’t sure if Naomi would latch on, but she did immediately. It was amazing. It is a huge, huge help for me. I can sleep and get something to eat. A real bond has developed between the two of them.”

While some people find it outrageous, other mothers are jealous. They know how much of a burden breastfeeding can be and wish they had a “wet nurse” to share some of the responsibility.