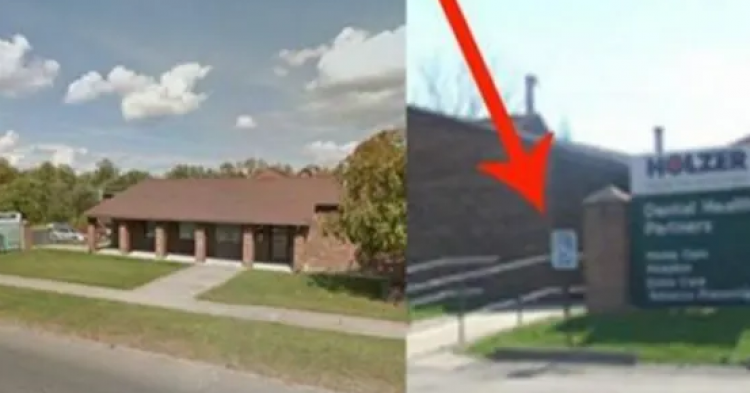 Far too often, America’s true heroes, the members of the armed forces, are not given enough credit. After these brave people volunteer to risk their lives to keep the United States defended, they far too often return home with little to show for their astronomical effort. The government does not do enough to support the veterans who did so much for the country, which is why we’re proud to share this story about a dentist who went above and beyond to show his respect to the people who risked so much for the sake of defending the country.

A passerby noticed a parking sign in the lot at Dental Health Partners in Jackson, Ohio. The sign was like any other parking sign, except it declared that a certain type of person could qualify for the premier parking spot. The person who was passing by was so impressed with the sign, they snapped a photo of it and turned to social media to share it with the world. 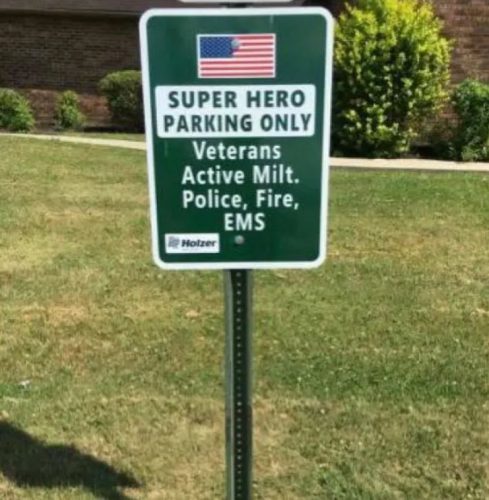 When the photo went viral on social media, Ohio Going Blue picked it up and shared it with their thousands of fans on Facebook. Their post simply stated that “This was spotted at Dental Health Partners in Jackson, Ohio.” However, the image made headway through the algorithms of the social media giant, and the picture found its way in the feed of many, many people.

More than one hundred people shared thoughts in the comments, including the following noteworthy ones.

“Need those at every business,” wrote one Facebook user.

“I think that this a great idea,” another person added. “What makes that group of people so great, though, is they probably wouldn’t park there. They would give it up for the less fortunate. God bless all of them for what they do for all of us.”

Another person wrote a comment with some valuable advice for people who wanted to do something to help veterans and other “superheroes.”

“I am the Director of Safety for Holzer Health System. If any organizations or companies would like to order Super Hero Signs. Please feel free to inbox me, and I will get you the contact information. I would like to see these at businesses in America.”

“The way they deserve to be treated. God bless our men and women in service!!” another person wrote.

Americans value our men and women who served in the armed forces as well as our first responders. Unfortunately, the government historically has not treated our veterans with so much respect. It’s time for that to change, and businesses are making it happen.

What more do you think should be done to support our veterans and first responders?