Dad Is Convinced His 1-Year-Old Is Gay, But Mom Says He Is Taking It Too Far. 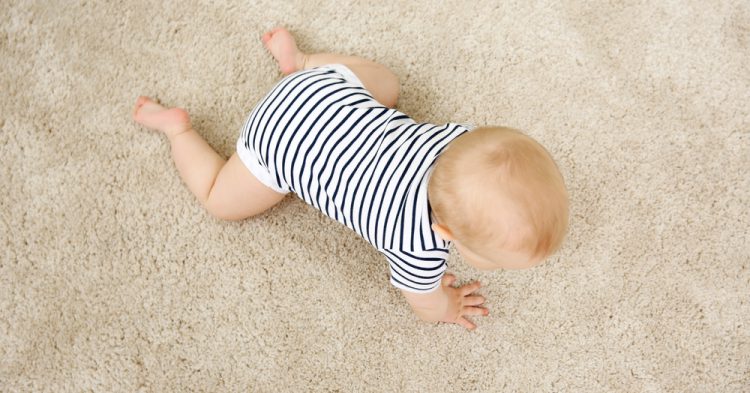 One mother is furious with her husband because he has been making homophobic comments about their one-year-old son. The off-handed comments, which are filled with loathing and hate, rub the mother the wrong way since their son is still an infant and does not know what he is doing. Nevertheless, the homophobic father looks at every little movement with a critical eye and tries to characterize it as “something a homosexual would do,” which has forced the mom to share her husband’s actions in a post on Reddit, causing it to go viral.

“I am tired of it, find it very strange, and even though I’ve tried several times, he doesn’t seem to understand he’s ridiculous,” she wrote.

For months, the father has been calling his son gay for a bunch of different reasons. Every time he looks at the infant, he sees a homosexual, which has caused the mother to get upset.

“Some of the ‘reasons’ he thinks our son is gay,” the concerned mother and annoyed wife wrote.

“He loves when the light shines through the window in a way that makes rainbows on the floor. “He was curious about my makeup and has tried to take my lipstick and eyeliner (it reminds him of crayons). He generally prefers me to my husband. He likes to help me peel bananas, and one time my husband saw him mouth the tip of it. He got angry at me for ‘letting him do something that looks sexual.’”

Although this father believes that their son is a homosexual because he does typical baby things, the mom is ready to prove him wrong by gathering a lot of opinions on Reddit. And she got no shortage of opinions to prove the man wrong.

In addition to the “gay things” mentioned above, the father thinks the son “likes books too much for a boy.”

Mom writes, “There’s also a character in one of the books that my son always points and smiles at because he has bright orange hair (son’s favorite color), but my husband thinks he has a crush on the character … I don’t even know what to say to that.”

Every time the father tries to convince the mother that their son is a homosexual, she shuts him down and reminds him that they’re talking about an infant.

She said the boy’s behavior does not have “anything to do with being gay or straight, boy or girl. I can’t believe I have to have the conversation in the first place.”

Her husband seems to be so obsessed with homosexuality. The wife has begun to question whether the man is secretly gay and just projecting his feelings onto their son.

“I almost wonder if he’s worried HE himself is gay, or something, I don’t know… I’d never brought that up because I’m sure he’d get furious,” she shared.

People who read the story on Reddit were disgusted with the father for sexualizing his one-year-old son.

“It’s kind of scary to me this man thinks a 1-year-old child is interested in doing things for sexual purposes,” one commenter wrote. “I don’t know what adult would see a kid put a banana in their mouth and not instantly think ‘yeah, kids put everything in their mouths.’”