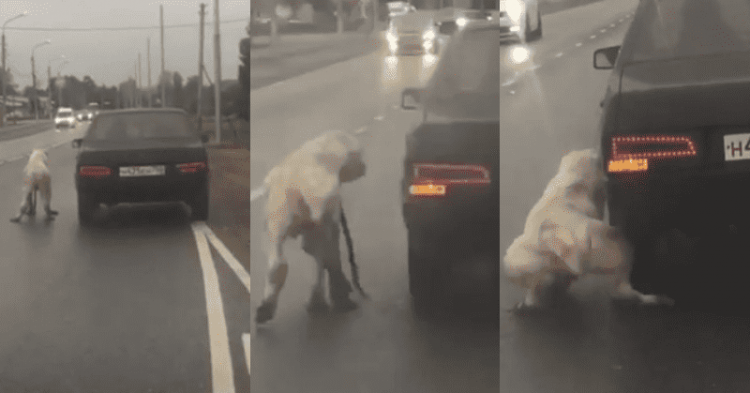 A video is circulating the internet that has people worried. The incident occurred along Kievskoye Highway in a major city in Russia. The video, which was shared by a singer from Russia, shows the cruel pet owner dragging an eight-year-old Central Asian Sheepdog along a major road from the car. The cruel owner attached the dog’s leash to the car and tortured the dog by dragging it for as long as they could until the animal collapsed, giving up the fight.

When people saw the way the Russia pet owner treated the beautiful canine, they erupted in rage across the internet. And when a well-known singer in Russia named Olga Orlova shared the video on her Instagram page, she helped draw enough attention to the animal abuse attack so the Russian police would be forced to do the right thing and take notice. 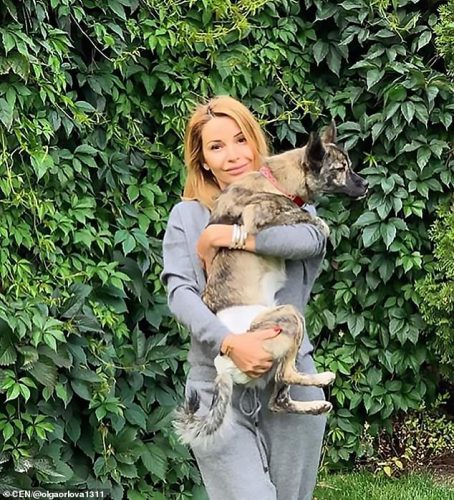 Because Orlova (pictured with her dog) has more than 1.6 million followers on her social media page, she was able to reach a lot of people and draw attention to the outrageous way the pet owner abused the pooch.

The video shows just how cruel the dog owner was. The Central Asian Sheepdog is leashed to the car, being dragged behind it along Kievskoye Highway in Moscow. 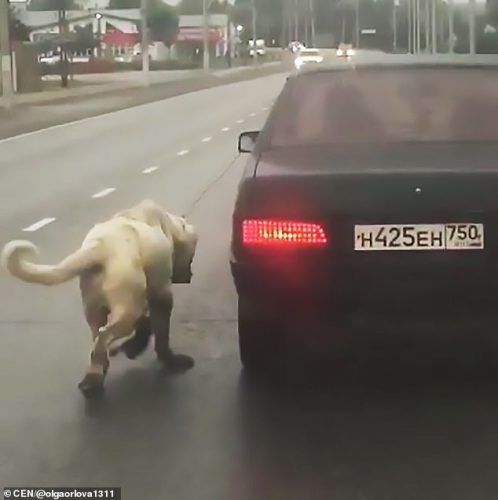 Because the video does not start at the beginning of the abusive incident, it is unclear how long the dog owner made the canine suffers. However, the video shows the moment when the driver pulls into the shoulder of the road, dragging the dog alongside the car. The dog stumbles along, struggling to stay on its feet, and looks to be extremely tired given the horrendous treatment it has received at the hands of its cruel pet owner. 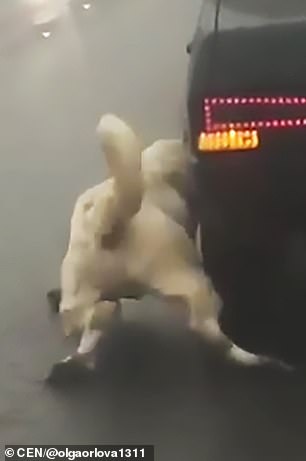 Orlova happened to be behind the dog owner’s vehicle along the highway. That’s how she was able to capture the damning footage and share it on her Instagram page. She didn’t want to let the animal abuser get away with the act of violence without facing justice for what they did to the poor dog.

Because the dog is so exhausted, it almost falls under the wheels of the car at one point. Not only does the eight-year-old dog look like it has been left outside for weeks on end, it clearly does not have the love it deserves from the people who proclaim to be its owners. 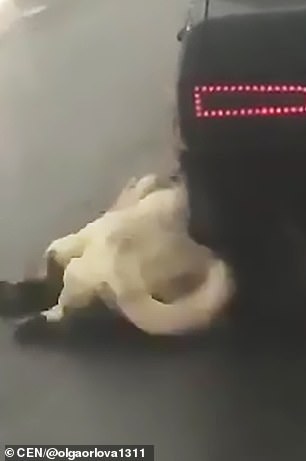 Fortunately, reports indicate that the Russian police confiscated the dog from the abusive owners. They had no other choice because the Russian public demanded justice for the abused dog. Whether or not the Russians will charge the driver of the car with a crime has yet to be determined. 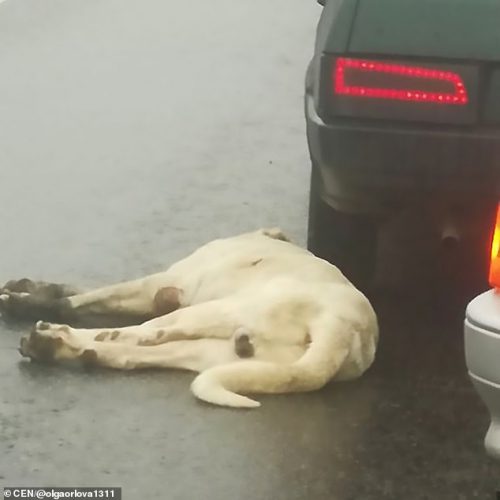 However, the general consensus remains the same. People are looking at the dog owner as a cruel and inhumane person. The type of beast who would treat a dog like that is just not someone deserving of a pet.

Singer Orlova might have been affected more than others. She wrote in her post about how her feelings “cannot be described with mere words.” 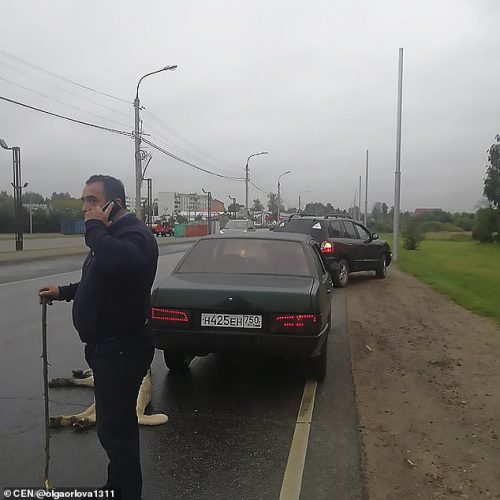 Hopefully, the animal abuser faces justice for their crime.