Cruel Owner Ties Up Dog With A Bungee Cord, But 4 Kids Come To The Rescue 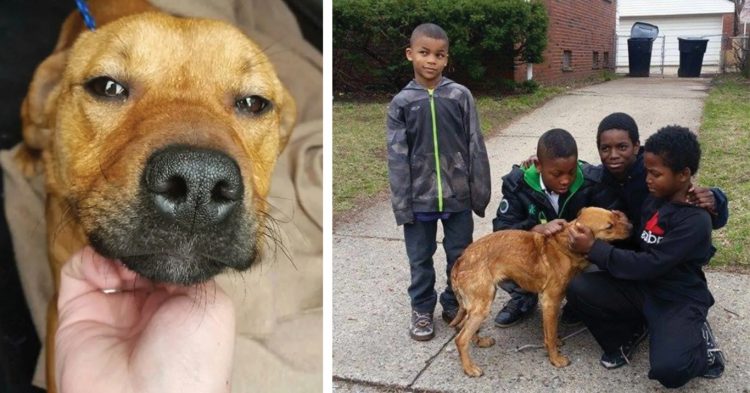 Doing the right thing often comes with a consequence. And, far more often than not, that consequence is facing your fear. That could be said of the four heroes of this story, Kenny, Kevin, Andrew, and Kenneth when they witnessed a dog tied up and abandoned. These boys, who are all brothers, were helping a neighbor move one day when they noticed a dog tied out in front of an abandoned house and left to die.

The dog looked as though it had given up all hope. It was dejected, fallen into a pile on the ground. It was as if the dog was portraying a living representation of depression. While the brothers could have turned the other cheek and left the dog to die, they started talking among themselves. Abandoning the dog – hours after its owner had done the same thing – just seemed like adding insult to injury. That’s when they all agreed, as brothers do, to come to the dog’s aid and help it out a little bit. 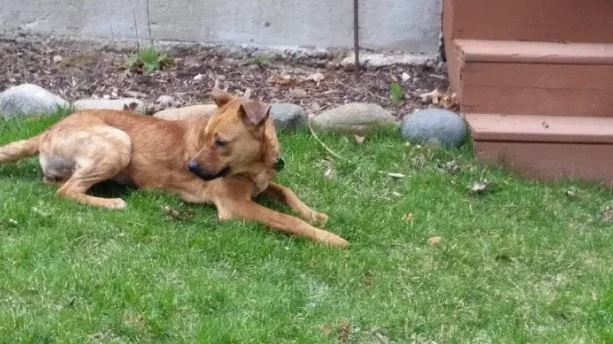 However, things were worse than they feared. As the brothers tentatively approached the tied-up dog, they realized to their horror that she was in horrible shape. The previous owner – the monster who had tied the dog up to die on the abandoned property – had mistreated the animal with so much hate and vehemence, you’d have thought the devil himself had held the lash.

Despite the treatment she’d received in the past, the dog was friendly to the boys. She could tell that they had kind and generous hearts, so she opened herself up to them and allowed them to care for her. 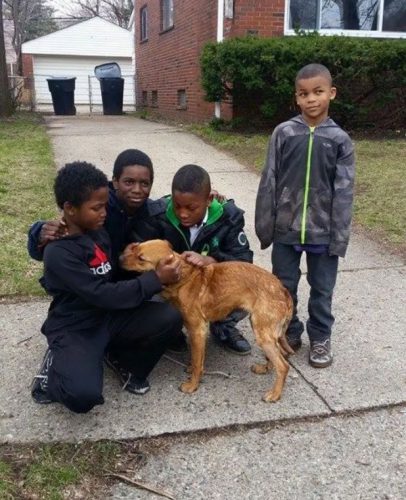 The boys called a rescue organization. While they waited for the professionals to arrive, they named the pooch Sparkles and played with her. As the pros showed up to the scene, they were delighted to see how friendly Sparkles and the boys had become. Neither the brothers nor the pooch wanted to go their separate ways. In a matter of minutes, they’d established a loving bond with one another. It was so heartwarming to see because Sparkles had been abandoned only hours before by her previous cruel owner. 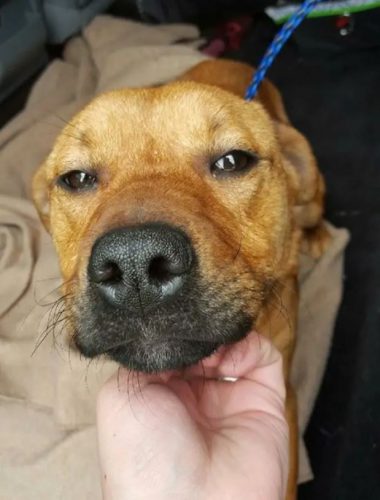 Unfortunately, the brothers were unable to adopt Sparkles, which meant she had to go to the shelter. But that didn’t mean she was going to be homeless for long. Besides, the caring animal rescue workers were leagues better than Sparkles’s previous owner – the cruel monster who tied her up to die.

In just a few weeks, Sparkles found a loving home. While the story is over for her, it is not yet over for the heroic four brothers – Kenny, Kevin, Andrew, and Kenneth. 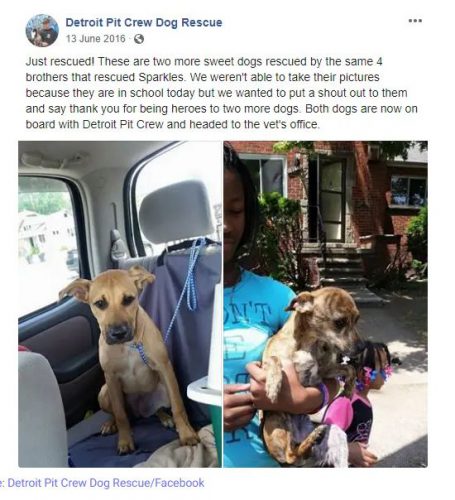 Just months after saving Sparkles, they found two more dogs wandering around. These pooches were both puppies and desperately needed help. The brothers knew who to call.

“These are two more sweet dogs rescued by the same four brothers that rescued Sparkles. We weren’t able to take their pictures, because they are in school today, but we wanted to put a shout out to them and say thank you for being heroes to two more dogs. Both dogs are now on board with Detroit Pit Crew and headed to the vet’s office.”

Without kind people like these four brothers, the world would be a dark and cruel place.