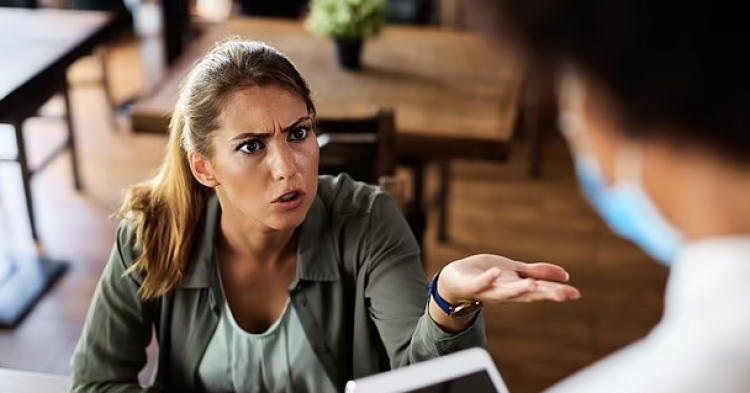 One woman opened up about her recent experience at an upscale restaurant when she was seated at a table next to a loud, crying baby. After getting into a bit of a tuff in the restaurant when she asked for a new table, the woman decided to open up about her ordeal on Reddit’s Am I the A**hole Subreddit where most people agreed that the woman was wrong for what she did because of the baby.

The woman wrote, “My husband and I went out for dinner a couple of nights ago. It was our first time by ourselves after our baby was born. It’s my second child, the first for my husband so it was kind of a big deal for us. We got a babysitter and we went to a very nice fancy restaurant.

“A few minutes after we ordered, another couple sat on the table next to us… with a small baby in a stroller. At first, it was fine but after a few minutes, the baby started crying. They tried to comfort it, but every time it seemed they had managed to make it sleep, it woke up, crying again.

“By then we just wanted to leave but we had already ordered so we decided to ask the waiter if we could change tables on the other side of the restaurant. The waiter asked if there was a problem and I said it was our first time out after having a baby and we didn’t feel like spending our evening next to someone else’s crying baby. He was super nice and quickly asked another waiter to help him set up the new table for us. Another couple that was in the same area also asked to be seated elsewhere.

“The couple with the baby overheard what we said to the waiter and especially the mom got upset and called me an AH. She went on and on saying that I probably don’t have kids (mm.. I have 2) and that babies are also people and we should just accept that babies can be loud and cry and there’s nothing she could do about it.

“I didn’t want to start a fight or anything but I got really annoyed by her attitude, so I told her that she could actually do something about the crying.. she could take her baby home so it can properly sleep and then let everyone else there enjoy their meals.

“She kept saying stuff but I just ignored her, went to our new table, and tried to have a nice dinner (although we could still hear the crying baby but at least it was not right next to us).

What do you think about this woman’s behavior?