Cracker Barrel Is Changing Its Menu, But Not Everyone Is Happy About It 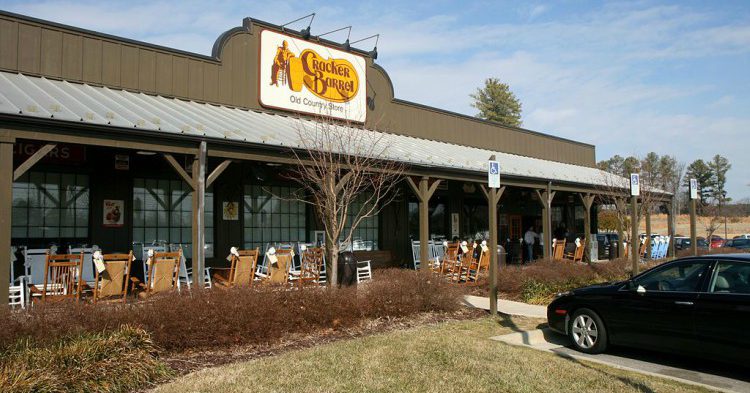 Cracker Barrel has long been known as a safe haven for those who live by conservative values. However, the restaurant chain seems to be changing its tune after it unveiled a change to its menu that left thousands of fans shocked beyond belief. The popular restaurant will now be offering something that will turn most meat eaters’ stomachs – an Impossible sausage.

The new menu item at Cracker Barrel was announced to much fanfare. However, people across the nation were furious to see that after facing a lot of pressure from the public and an increasingly progressive American landscape, the restaurant has caved to “wokeness” and decided to go along with the trend rather than hold firm to its roots as a meat eaters’ safe haven.

Because Cracker Barrel will now sell the “Impossible Sausage” as a menu item for those interested in the vegetarian protein pick, carnivores across the United States are up in arms with the adjustment to the menu that once was a place for meat eaters to choose whatever they wanted without fear of eating something that was vegan or vegetarian.

“Discover new meat frontiers,” the company said in a Facebook post. “Experience the out-of-this-world flavor of Impossible™ Sausage Made From Plants next time you Build Your Own Breakfast.”

While Cracker Barrel fans are furious – if they are meat eaters – those who are vegetarian are happy with the menu change. The restaurant’s move to attract more healthy eaters into its locations may be working if one is to judge the success of its campaign by the Facebook comments.

“Thank you for adding a plant-based fake meat option to the menu,” Facebook user Laura Warot Jones said in a comment. “Each year, more and more people are going plant-based for the animals, for their health, and/or for the planet.”

“I am so grateful for you adding this to your menu,” Facebook user Scott Richardson wrote. “I have a reason to return to your restaurant after going vegetarian and now vegan for the benefit of myself and all living things, including our planet. Thank you.”

Nevertheless, Cracker Barrel may be losing some of its carnivorous customers.

“YOU CAN TAKE MY PORK SAUSAGE WHEN YOU PRY IT FROM MY COLD, DEAD HANDS,” Facebook user Mark Vige commented. “DON’T TREAD ON MY PORK!”

The general consensus seems to be that while some people are happy with the change, many more are not. Only time will tell if Cracker Barrel made the right decision in adding an Impossible sausage to its menu.

For now, it seems as if the jury is still out.

What do you think about Cracker Barrel’s decision to add an Impossible sausage to its menu? Let us know in the comments! Until then, happy eating!