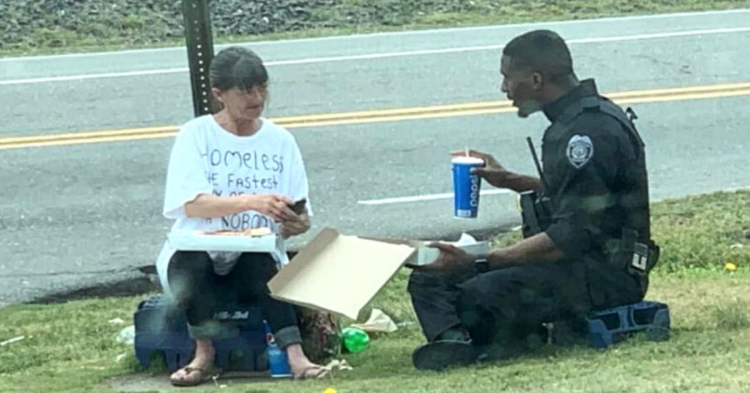 While on one of her extended lunch breaks, Cassie Lea Parker spotted a bizarre scene. A destitute homeless woman was seated near the side of the road wearing a white T-shirt with a few words scrawled across it. Parker’s first impression of the woman was that she was a drug addict who didn’t have her life together. But first impressions can be deceiving as one police officer from the city of Goldsboro proved when he approached the homeless woman, read the words on her shirt, and then put his personal interests aside to make sure the down-on-her-luck woman got a helping hand in her moment of need.

Parker snapped a photo of the police officer sharing some food with the homeless woman. Although she was very shabby in appearance, the cop was willing to spend time during his workday connecting with her and making sure that she knew about available services and what to do if she needed some extra support. 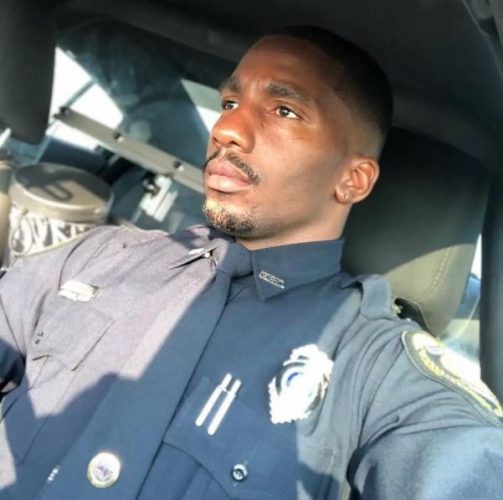 Parker contemplated what to do with the photo she captured of the homeless woman and the police officer. She decided to send it to her boyfriend, Chris Barnes. He proceeded to post the image to his Facebook account – but not without giving his girlfriend credit for the emotional shot.

“Cassie was out on her lunch break and observed Goldsboro’s Finest enjoying lunch with a homeless person. Law enforcement does so much for our community, with a lot of it going unnoticed. We see you, Goldsboro P.D. Keep up the good work.” 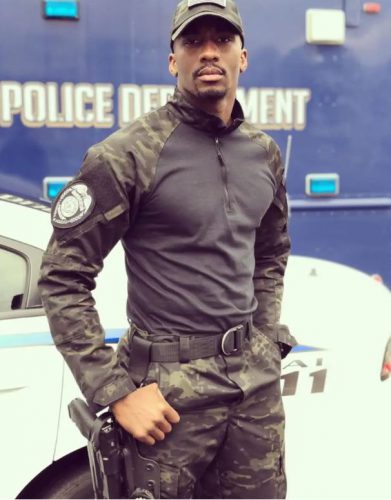 The hero in the photograph is twenty-nine-year-old Officer Michael Rivers. The young police officer stands as an example of what a good cop is like. He sacrificed a few dollars and a few minutes of his time to serve a homeless woman hot pizza and get to know her to make sure she knows there are options for care out there.

Since he was a twenty-year-old upstart, Officer Rivers has been a dedicated member of the Goldsboro Police Department in North Carolina. During his tenure with the department, he’s made sure to become a friendly face in the community. Unlike other police officers, members of the community are not afraid when they see Officer Rivers coming their way. Instead, they feel safe and protected. He’s doing his job. 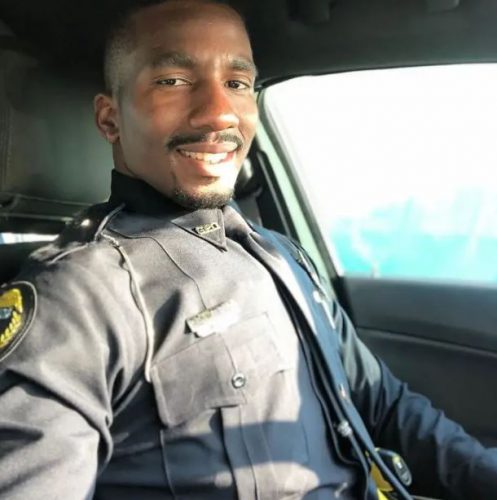 Rivers noticed the woman because of her shirt. It had the words, “Homeless. The fastest way of becoming a nobody.” Written across the front.

Officer Rivers refused to believe the woman’s fears about being homeless, so he stepped up and reached out to help her. They greeted each other, and then he listened to God to do the right thing.

Officer Rivers told CNN, “God put it on my heart to get her lunch. So I turned around, and I asked her, ‘Hey, did you eat today?’ And she said, ‘No.’” 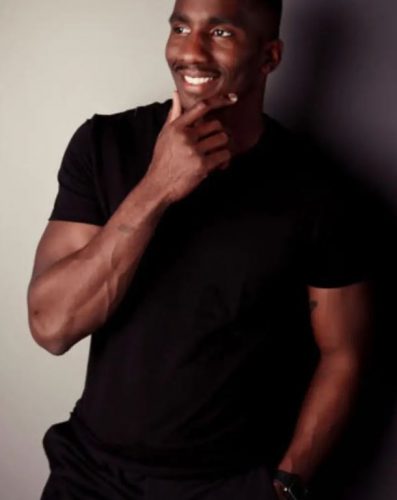 The lunch date between Officer Rivers and the homeless woman who identified herself as Michelle lasted for 45 minutes. They had a blast. The pair shared their life stories during their conversation. And at some point, Parker snapped the candid photo, and her boyfriend uploaded it to Facebook.