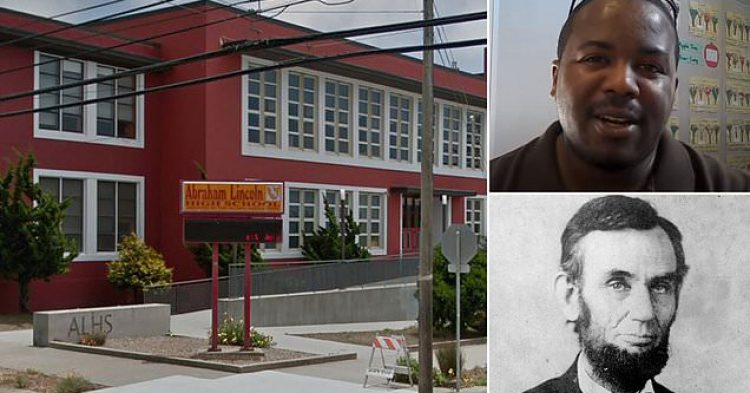 Inside a San Francisco school district, a school named after President Abraham Lincoln will be getting a facelift. Because activists claim that Lincoln failed to demonstrate that “Black lives mattered to him,” his name will be removed from the school in the months to come. Lincoln is one of forty-four historical figures who will now have their names removed from school buildings across the San Francisco Unified School District.

Over the last few years, Americans have demanded that Confederate imagery be removed from public places. But in the wake of the police killing of George Floyd, military bases have been renamed, and statues of Confederate leaders have been removed because these serve as a reminder and celebration of America’s racist past.

The school district decided that the Abraham Lincoln High School needs a new name because “the majority of (Lincoln’s) policies proved to be detrimental to [Native Americans]. Abraham Lincoln is not seen as much of a hero at all among many American Indian Nations and Native peoples of the United States, as the majority of his policies proved to be detrimental to them.”

Although Lincoln went down in history as the president who helped end slavery, he passed several laws that resulted in the direct disenfranchisement of Native Americans and Black people.

For example, the Pacific Railway Act and the Homestead Act of 1862 allowed white Americans to steal land from Native Americans. These policies “led to the significant loss of land and natural resources, as well as the loss of lifestyle and culture, for many Indigenous peoples,” the committee said.

Again in 1864, Lincoln exhibited disdain for people of color when he ordered the Navajo tribe to abandon their ancestral lands in present-day Arizona and take a brutal 450-mile march on foot to their new home in Bosque Redondo, New Mexico.

“The history of Lincoln and Native Americans is complicated, not nearly as well-known as that of the Civil War and slavery,” Jeremiah Jeffries, chairman of the renaming committee and a first-grade teacher, told the San Francisco Chronicle. “Lincoln, like the presidents before him and most after, did not show through policy or rhetoric that Black lives ever mattered to them outside of human capital and as casualties of wealth building.”

When Jeffries spoke to the school district board about Lincoln’s mistreatment of Native Americans, the board agreed to the name change.

“The discussion for Lincoln centered around his treatment of First Nation peoples because that was offered first,” he said. “Once he met criteria in that way, we did not belabor the point.”

However, Harold Holzer, a Lincoln scholar and director of the Hunter College’s Roosevelt House Public Policy Institute does not agree with the school’s name change.

“He saved the country from dividing and ruin,” he told the San Francisco Chronicle. “He should be honored for it.”