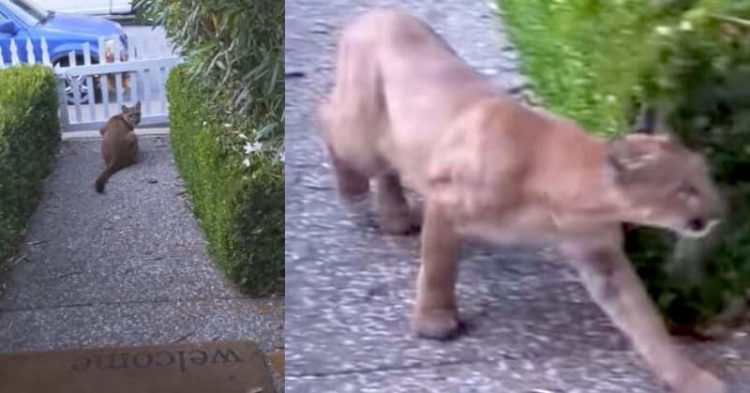 Climate change has forced mountain lions and other predators out of their natural habitats. Now, they are roaming the streets of suburban America prowling for food. While these creatures will usually scavenge from garbage or eat small animals like squirrels or rabbits, one mountain lion stalked neighborhood children for its lunch. Not only does this mean that children in suburban America are experiencing the effects of climate change, but mountain lion attacks could quickly go up.

Over the last century, there have been ave125 mountain lion attacks reported in North America. Of those attacks, 27 proved fatal. This statistic demonstrates that cougar attacks are not common at all. This means that you are far more likely to get attacked – and killed – from bee stings or shark attacks. Fatal snake bites and lightning strikes are way more common than getting killed by a mountain lion. 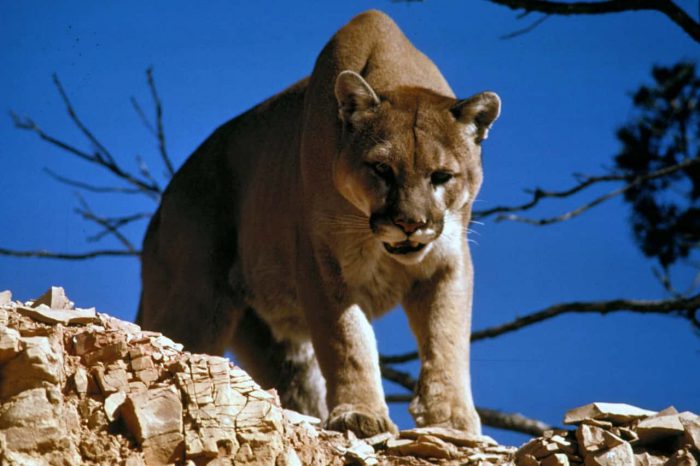 Mountain lions go by several different names depending on the part of the world where you are located. They are referred to as mountain lions, cougars, pumas, panthers, catamounts, and mountain cat. These names all refer to the same type of creature that prowls the mountainous terrains of the world, looking for its next meal.

The good news is that you don’t have to fear mountain lions as much as you might think. In general, they avoid human contact. Because they’re cats, they are very alert and good at keeping to themselves. However, it should be noted, mountain lion attacks – and deaths from these brutal attacks – are on the rise. Because mountain lions are being driven out of their natural habitat from human intervention and climate change, they are coming out of the mountains and into human society.

Examples of mountain lion attacks have made headlines over the last two years. Back in 2019 February, jogger Travis Kauffman found himself facing down a fearsome mountain lion. The creature came out of the wooded area and attacked him. He defended himself by choking the mountain lion and fending it off. But he didn’t get away from the fight without some injuries.

In September 2019, a cougar attack proved fatal. Authorities in Oregon found a dead hiker with slashes all over his body. They determined that the hiker’s death was likely the result of an encounter with a mountain lion.

Six months later, authorities in Larimer County, Colorado, came face-to-face with another cougar. A bystander managed to catch the incident on camera and document the moment the deputies unloaded bullets into the mountain lion, killing it on sight. The killing of the animal came after the big cat attacked a civilian and a sheriff’s deputy.

Now, footage from Pacifica, California, depicts another mountain lion encounter. This time, children are seen playing, while the big cat STALKS the children for its next meal.

In the clip below, the big cat realizes it is being observed. It turns back to look at the person inside the house before it stalks the neighborhood children. The cat jumps over a white picket fence and hides under the pickup truck.

What do you think about the rise of mountain lion attacks?