Bill Gates Wants Every American To Only Eat Synthetic Beef 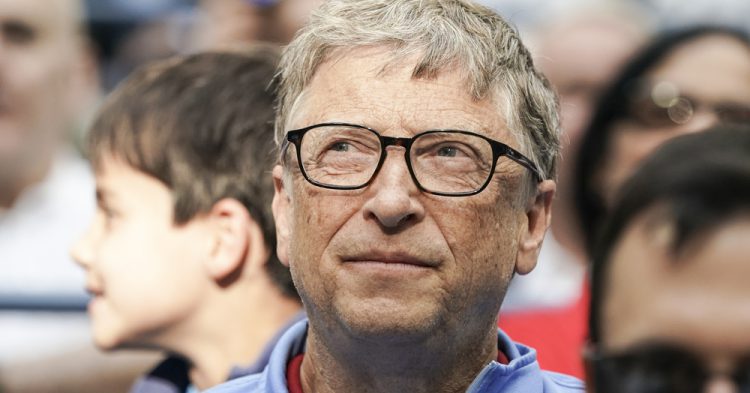 Since Bill Gates stepped down from his leadership role in Microsoft, he has been dedicating his attention to a philanthropic mission. Not only has the Bill and Melinda Gates Foundation helped poor countries and people across the globe, but Gates has also taken an active role in the pandemic, helping save lives however possible. Now, he has returned his sights on stopping climate change, which is why Gates is suggesting the rich countries like the United States “should move to 100 percent synthetic beef” as soon as possible.

Cattle farms have long been known to be one of the leading contributors to climate change. Cows produce so much manure that it releases harmful gases into the atmosphere than deteriorate it. That’s why Bill Gates thinks that a switch to lab-created beef would be a giant leap forward in dealing with the climate crisis.

In an interview with Technology Review, Gates explains why he thinks a switch to synthetic beef would help lower carbon and methane emissions – both that are harmful to the atmosphere.

“There are [companies], including one in the [Breakthrough Energy Ventures] portfolio called Pivot Bio, that significantly reduce the amount of fertilizer you need. There are advances in seeds, including seeds that do what legumes do: that is, they’re able to [convert nitrogen in the soil into compounds that plants can use] biologically. But the ability to improve photosynthesis and improve nitrogen fixation is one of the most underinvested things.

“In terms of livestock, it’s very difficult. There are all the things where they feed them different food like there’s this one compound that gives you a 20% reduction [in methane emissions]. But sadly, those bacteria [in their digestive system that produce methane] are a necessary part of breaking down the grass. And so I don’t know if there’ll be some natural approach there. I’m afraid the synthetic [protein alternatives like plant-based burgers] will be required for at least the beef thing.”

While Gates has hopes to improve cattle farming conditions in the world’s poorest 80 countries, he believes rich countries like America could make the switch to synthetic.

Gates told Technology Review, “I do think all rich countries should move to 100% synthetic beef. You can get used to the taste difference, and the claim is they’re going to make it taste even better over time. Eventually, that green premium is modest enough that you can sort of change the [behavior of] people or use regulation to totally shift the demand. So for meat in the middle-income-and-above countries, I do think it’s possible. But it’s one of those ones where, wow, you have to track it every year and see, and the politics [are challenging]. There are all these bills that say it’s got to be called, basically, lab garbage to be sold. They don’t want us to use the beef label.”

Gates admits that his idea is not politically popular but believes it could help save the world – and humanity – from the devastating effects of climate change. Just look at how badly Texas was hit by the freak winter storm.

Will you make the switch to synthetic beef to help stop the climate crisis?