Apparently, This Photo From 1943 Proves That Time Travel Exists 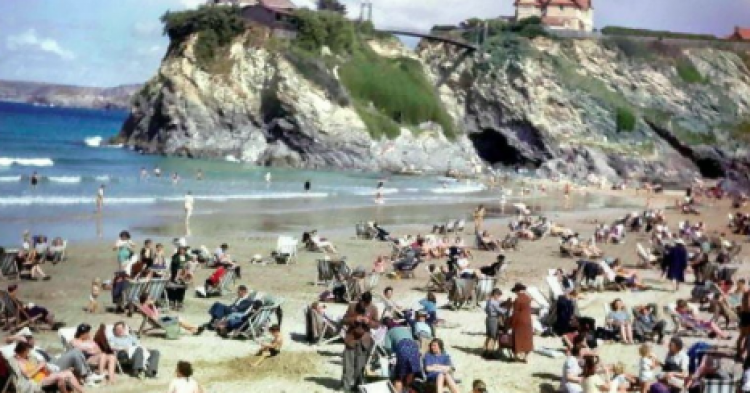 Do you believe in time travel? Interestingly, there may be a photo that proves that time travel exists — and the photo is from 1943. The photo landed on Twitter, posted by a man hoping that someone could solve the mystery of the beach location in the picture. He got far more than he bargained for with answers, as some thought perhaps there was more to the photo than meets the eye.

Stuart Humphrys posted the photo, tweeting: “British war workers escape to the seaside — this Cornish beach was photographed in September 1943. (It would be lovely if one of you were able to identify which beach!).” 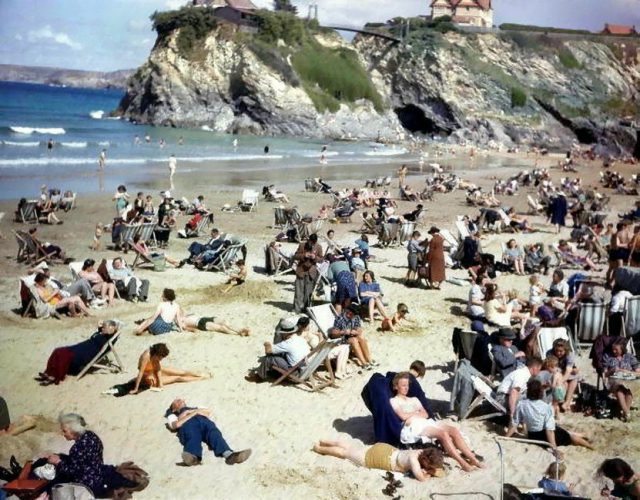 This beach scene, though it’s dated 1943, isn’t much different from what you’d see today — people lounging in chairs, sitting in the sand, talking, sleeping, eating, or reading a book. Some people are seen in the water, wading into the waves.

There’s a bit of a Where’s Waldo situation, however, as one eagle-eyed Twitter user thought they spied a man using a cell phone in the image.

Interestingly, the man appears nearly in the center of everything going on, dressed in a jacket and pants that don’t necessarily scream beach wear. It’s what he’s doing, however, that caught someone’s eye.

The man, sporting a brown suit, appears to be looking at something in his hands. You might say it’s fairly reminiscent of how most people look at their cell phone to check social media or email.

One person pointed out: “Er… is it just me or is this guy checking his phone?” 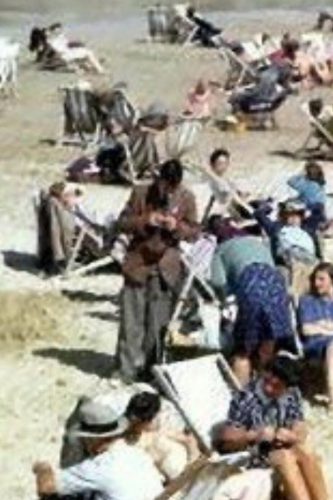 Another Twitter user responded: “Good catch. It’s clearly the man in the shot is a time-traveling tourist checking his mobile device. Finally, the evidence we need that time travel is real. We now see things in old photos that we missed before but now we know they’re phones now that we have them.”

One person pointed out that it’s likely not a time traveler, explaining: “I do have a question, how do you know its a cell phone. Just because he’s looking down at his hands. I’m sure it’s something else. Because he could not make a call or use the internet, the only thing he could do is take pics or play games already programmed into the cell.”

The original poster responded with this likely activity: “He is rolling a cigarette. They didn’t have mobile devices in 1943.”

Another Twitter user thought perhaps the man could have been looking at an old time camera of the day. 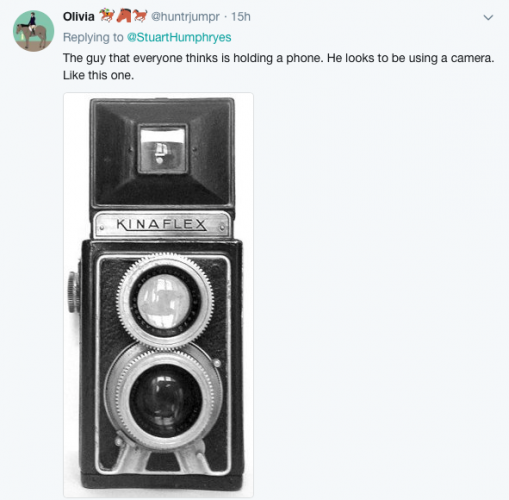 Still another commenter believed he’s just got something in his hand: “I think is much more simpler than time traveling. He might be looking at a seashell he found in the sand, which looks like today’s cellphone gesture. Many of us have done that: looking at shells.”

Others guest that maybe he had a pocket watch in his hands, as one person offered: “The man is most likely looking at a watch, winding it, reading a love letter? Endless possibilities… except a cell phone.”

Oh, and the original poster did eventually get the answer to his initial question, as people noted: “It’s Newquay… the island and the bridge is well known!” and “That’s Towan Beach, Newquay.”