Alex Reacts To Contestant Who Breaks Down In Tears On Jeopardy 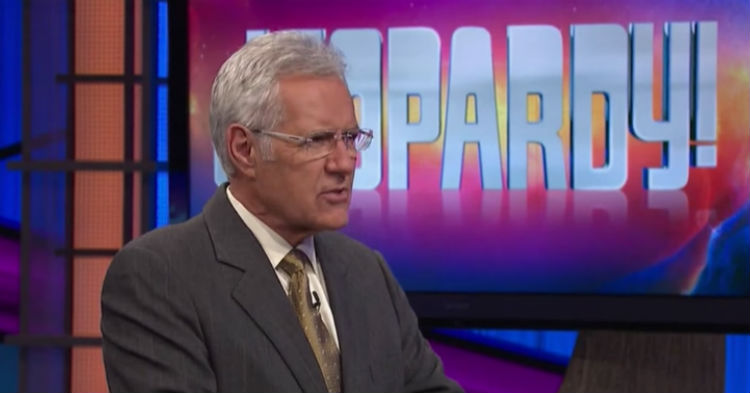 When the Jeopardy! episode with Burt Thakur aired on Thursday, it brought thousands of viewers to tears. Thakur won the game and earned $20,400 for about thirty-minutes of work on the game show. While this was the first Jeopardy! victory for Thakur, it meant so much more to him – and his family – than simply taking home the prize money and getting the chance to play the following day again.

Thakur works as an engineer. As an immigrant to the United States, he had to endure the challenges that all immigrants face – especially those who come from countries that do not speak English. During the final moments of the program, Thakur thanked host Alex Trebek for one thing that made his life so much better. It was because of Trebek and his time on Jeopardy! that Thakur was able to learn the English language.

“Here’s a true story, man,” Thakur said. “I learned English because of you. And so, my grandfather who raised me ― I’m going to get tears right now ― I used to sit on his lap and watch you every day. So it’s a pretty special moment. Thank you very much.”

In the Winners Circle episode uploaded on the Jeopardy! YouTube channel, Thakur tells viewers that he had so much fun being on the game show and that getting on the show is one of the most exciting things you can do.

“Just do it. Take the dang test. What are you waiting for,” he said. “It’s five minutes, and then you can be on here and having as much fun as I am having.”

He also admitted that the win was “significantly important.”

“I grew up watching Jeopardy! As you heard, I am an immigrant, and I learned English by watching Jeopardy! My oldest memories are with my grandfather watching the show. So having that come circle like it did, especially during this time, pandemic and everything, to have this opportunity. I mean, it is so emotional and incredible.”

Since this episode aired, Alex Trebek has died. The first day back to Jeopardy! after Trebek’s death was marked with a touching tribute by producer Mike Richards. He delivered the comments in a taped recording.

“Over the weekend, we lost our beloved host, Alex Trebek,” Richards said. “This is an enormous loss for our staff and crew, for his family and for his millions of fans. He loved this show and everything it stood for.”

Fans grieved the loss of Trebek on Saturday when he succumbed to pancreatic cancer after an inspiring battle. Despite the grueling treatments, Trebek continued to host Jeopardy! and spend as much time as possible with his family.

“He will forever be an inspiration for his constant desire to learn, his kindness, and for his love of his family. We will air his final 35 episodes as they were shot. That’s what he wanted,” Richards added. “On behalf of everyone here at ‘Jeopardy!,’ thank you for everything, Alex.”

What do you think about the way this contestant thanked Trebek not long before his death?