After Watching Her Wash Her Husband’s Pillows, I Never Want To Go To Bed Again 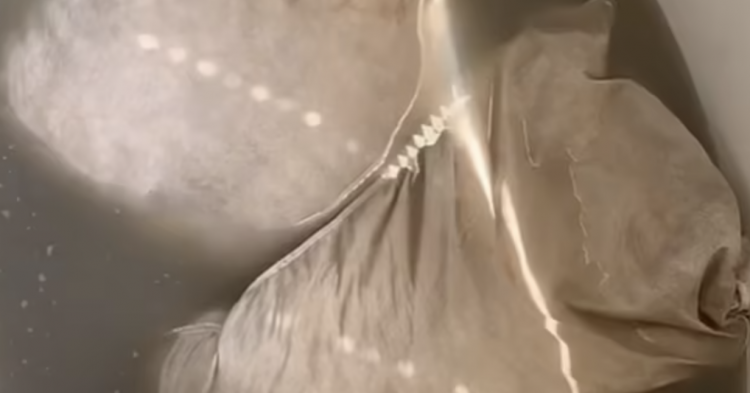 Lexi had meant to wash her husband’s favorite pillows for some time. However, she always seemed to have something more pressing to do and didn’t get around to it for a long time. Five years later, she finally had time to wash her husband’s pillows, so she decided to soak them in the bathtub and record the results for her more than 51,000 friends and followers on the Chinese-created TikTok app.

In the video, which has more than 42 million views, Lexi shows viewers how she is soaking her husband’s favorite pillows in the bathtub to give them a much-needed wash. It has been five years since his pillows were given a good washing, so the result is rather disgusting. The water grows darker and browner as the dirt separates from the pillows. By the end of the video, which shows the results twenty-four hours later, the tub has turned a blackish color because there was so much dirt in Lexi’s husband’s pillows, which were originally cream-colored. 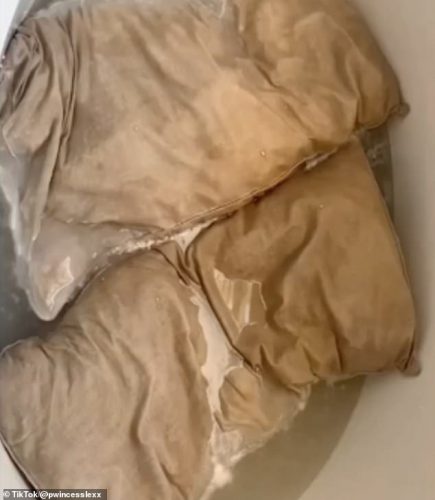 TikTok viewers were stunned by the results. Most people were shocked to find out that Lexi was washing pillows and not “potato sacks” that are hold spuds that are supposed to be covered in dirt. People were astounded that so much dirt and dead skin cells made their way into the pillows over the years that they were being used. 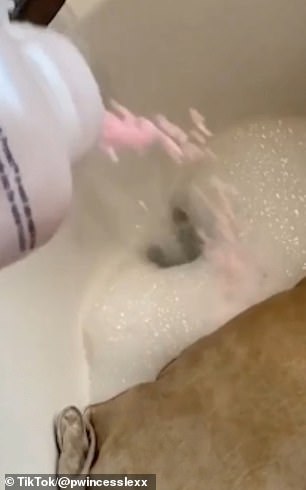 Lexi revealed that the pillows were originally a white color and not brown as they appeared at the beginning of the video. This left some viewers “gasping” for breath as they tried to comprehend why the pillows had gotten so disgusting.

“Stripping my husband’s favorite pillow after five years,” Lexi wrote as a caption for the video. 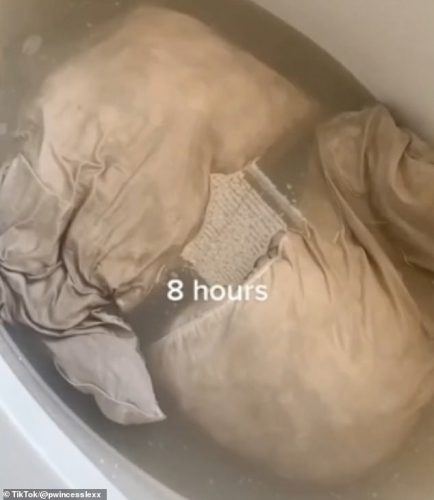 Lexi places the pair of dirty pillows into the tub filled with water. She then dumps in a bunch of cleaning products, including laundry detergent, odor defense tablets, and stain remover. As the products cleaned the pillows, the water grew darker and darker as more dirt came off the pillows. Viewers were shocked to see how brown the water became by the end of the viral clip.

When Lexi dumped out the water in the tub, a residue of grim was left behind. This included a collection of dirt, dust, and hair. 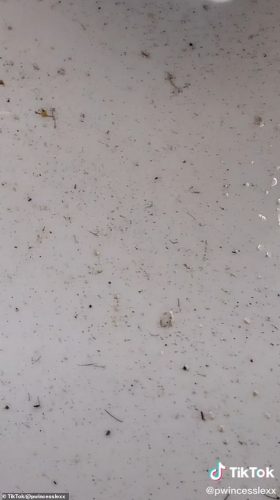 Thankfully, Lexi was able to clean the pillows. Although they had started as a brown color, they were back to looking white after she soaked them in the bathtub. Lexi explained that now that she had soaked her husband’s dirty pillows, she would toss them in the washing machine to complete the process. After they dried, she’d return them to where her husband likes to have them. 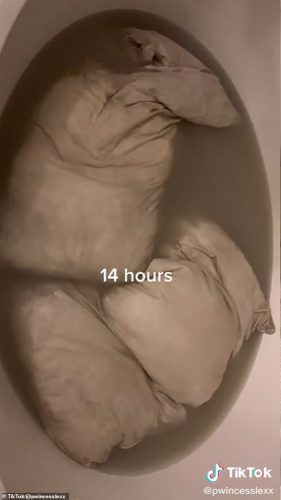 Many TikTok users were confused as to why Lexi didn’t just throw away her husband’s pillows and replace them with new ones.

“Girl, if you don’t throw them Benjamin Franklin pillows away,” one fan joked.

“I thought they were potato sacks,” another person said.

“Girl, if you don’t throw away those Titanic life preservers,” another added.

“Buy a new pillow. It’s not that hard,” suggested another.

“‘Everyone suggesting getting a new one has no idea what it is like to find the perfect pillow after you already have the perfect one. No other COMPARES,” one explained. 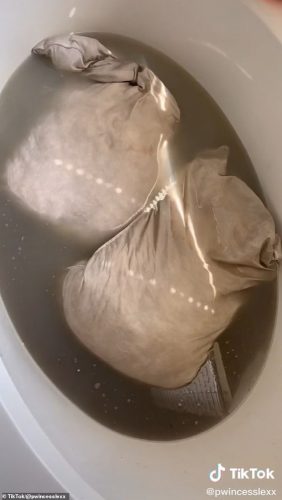 What’s your reaction to her cleaning these dirty pillows?