After Having 14 Boys In A Row, They Tried One More Time For A Girl 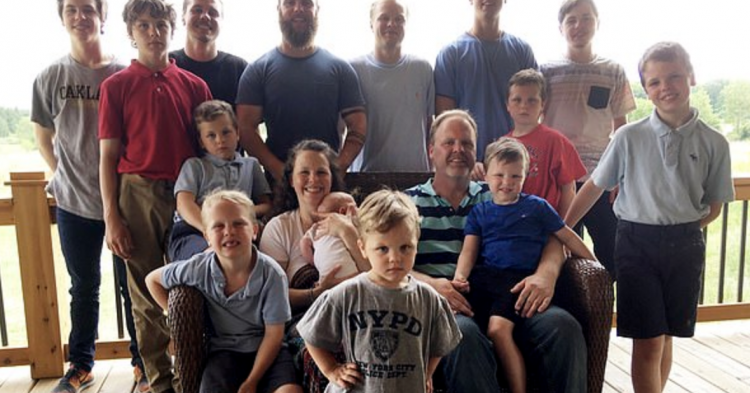 More than anything in the world, Kateri and Jay Schwandt, both 45, wanted a little girl. Since they’d been trying one from the beginning of their love affair, they’ve failed again and again to produce a female baby. Nevertheless, for the last twenty-eight years, the couple has only been able to bring boys into the world. But they never gave up hope on having a little girl to call their own.

Since they were determined to have a girl, the couple kept trying and trying. No matter how many times they tried, Kateri was only getting pregnant with boys. But after having sons Tyler, Zach, Drew, Brandon, Tommy, Vinny, Calvan, Gabe, Wesley, Charlie, Luke, Tucker, Francisco, and Finley, the couple finally hit the jackpot when Kateri became pregnant with a little girl named Maggie Jayne, who was born last Thursday. 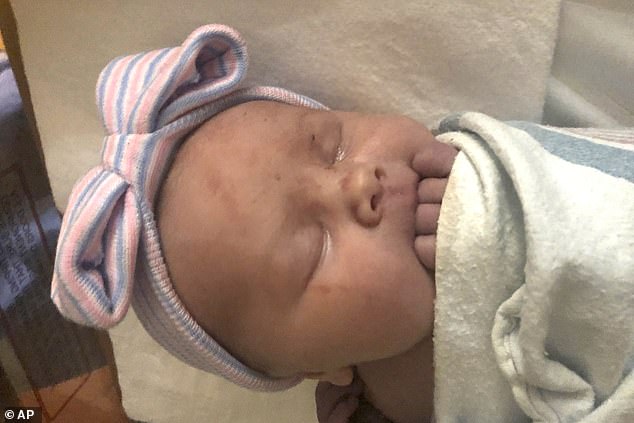 The Michigan couple has been trying to have a girl for as long as they can remember. Despite their constant failures, they managed to create a loving family with fourteen boys. But now they can finally call their brood complete since it has been blessed with the wanted feminine presence it was missing all those years.

The couple first met as teenagers when they were freshmen at Gaylord High School and Gaylord St. Mary’s. They married in 1993 and popped out three sons before the pair were able to get through college.

“We are overjoyed and beyond excited to add Maggie Jayne to our family,” Jay said. “This year has been memorable in so many ways, for so many reasons, but Maggie is the greatest gift we could ever imagine.” 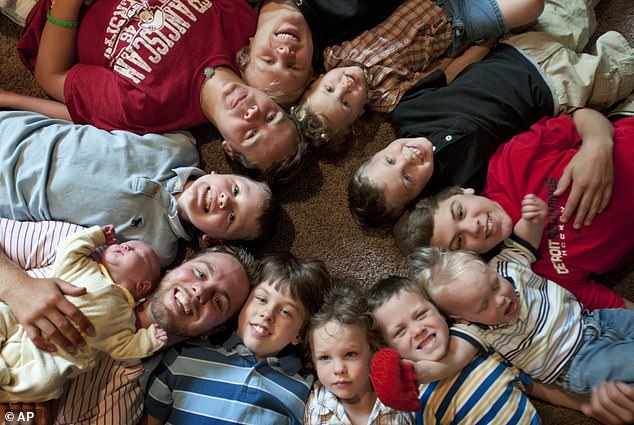 Meanwhile, the couple’s eldest son, Tyler Schwandt, was glad that his parents finally got it right after trying so many times and failing.

“My parents were finally blessed with the little girl they never thought they’d end up having,” Tyler told the Detroit Free Press. Tyler owns his own home and is engaged to be married. He added, “I don’t even know if my mom owns any pink clothing — or anything.”

Because the couple has produced so many boys so many times in a row, they have been featured in the news and various television program. 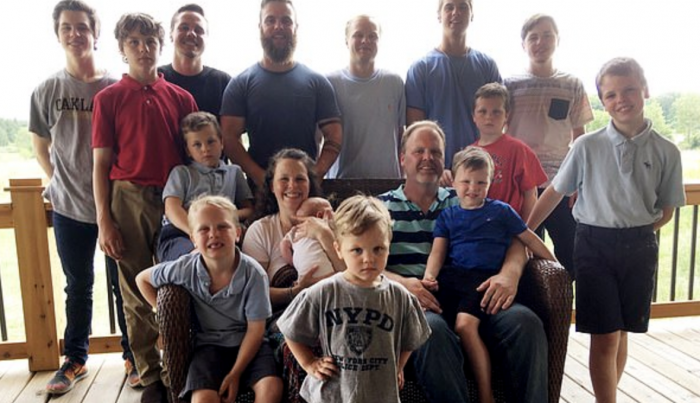 The family’s youngest son, Finley Sheboygan, was born in April 2018. His middle name was a joke among the family. Can you see what it is hinted at just by reading the name?

Apparently, Kateri’s dad wanted them to name the boy “Sheboygan” after a Native American story where the chief keeps trying for a girl but only gets boys. When the latest baby comes and is a boy, he names him Sheboygan because “she’s a boy again.” 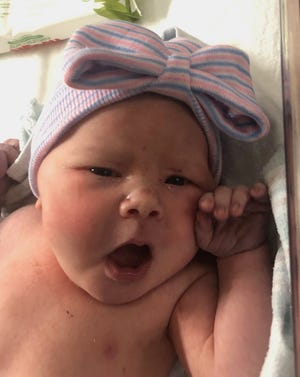 “So, we decided to have a little fun with it,” she said. “He’s got a lot of brothers standing behind him, so if anybody wants to make fun of his name, they can try.”

“Crazy. Chaotic. Noisy. Messy,” mom said, adding, “We enjoy it. If we didn’t, we wouldn’t have continued to have this many children.”