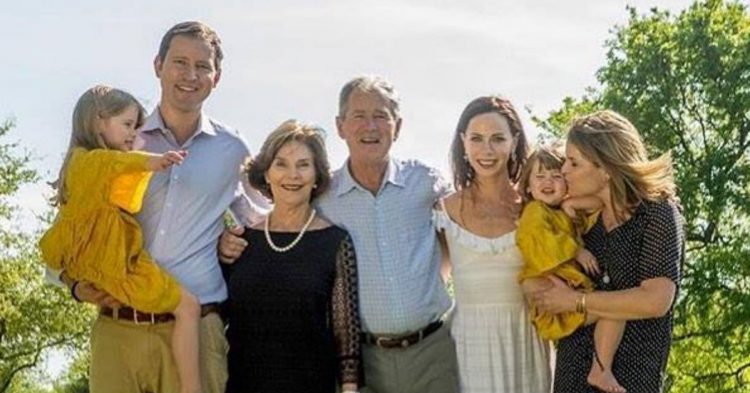 Jenna Bush Hager and her husband, Henry, recently celebrated their 10th wedding anniversary. The couple was married at her parents’ ranch in Crawford, Texas and, 10 years later, her husband is just as thoughtful and wonderful as any woman could hope for. Jenna shared his special gift to her on social media and her fans were overwhelmed with the sweet gesture.

Jenna met Henry Hager during her father’s 2004 presidential campaign, they were engaged three years later and married the following year. They’re parents to two beautiful girls, Margaret “Mila” Laura who is 5 years old, and Poppy Louise who is 2. 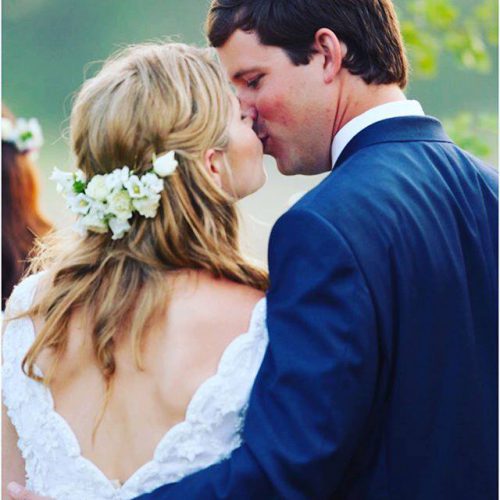 Jenna shared Henry’s sweet 10th wedding anniversary present on Instagram, as she captioned the photos: “The best anniversary gift from my husband: pictures from 10 years ago of my grandparents at our wedding. A reminder: Life is precious and goes by too fast.”

One photo showed a smiling former President George H.W. Bush, and another was a cute pic of the late Barbara Bush. Barbara and George met when they were just 16 years old and their romance stood the test of time, as they were married for over 76 years.

She also shared a series of pictures from their 2008 wedding. Each photo was a lovely reminder of their special day, including one of Henry wiping away her tears at the altar. Jenna wrote: “TEN years with this one by my side. Could never imagine on that day in May how beautiful life would be. Love you H.” 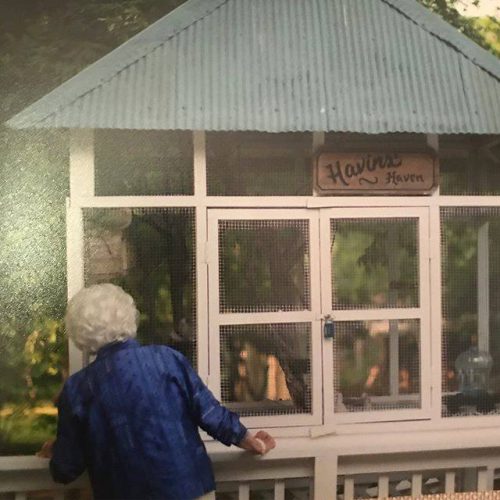 Among the many comments Jenna received were kind notes of congratulations, including one person who wrote: “Perfection. What a thoughtful gesture. I love the intimacy and knowing required to make such a sweet selection. Congratulations.”

Others were simply won over by her famous grandparents, with one commenter noting: “Oh Jenna. The final chapter(s) of your book describing the last few years with your grandparents made me cry. I love them as if they were my own. Thank you for sharing your life with us through beautiful words.”

Another commenter summed things up with one simple statement about Jenna’s grandparents, writing: “I adore your grandparents, they’re classic and timeless.” 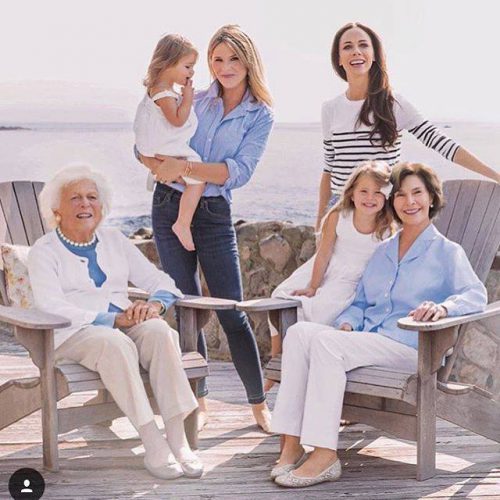 Others sent out happy anniversary messages, such as: “Not many grandparents live to see their grandkids marry and have kids. Both of them had that pleasure! Happy Anniversary!” and “Henry is so thoughtful!! You are very fortunate to have married such a great guy. Treasure him. Your grandparents are the perfect example of a perfect marriage!”

This commenter also recently celebrated a wedding anniversary and shared how special the memories of her wedding day were, noting: “My husband and I just celebrated our 10th anniversary in April. It meant the world to me that we both had grandparents at our wedding. I think our wedding was the last time my grandmother ever danced because she was wheelchair bound shortly after. Seeing my grandparents happy and dancing at my wedding is one of my most precious memories. I’m sure you feel the same. What a treasure happy memories are.”