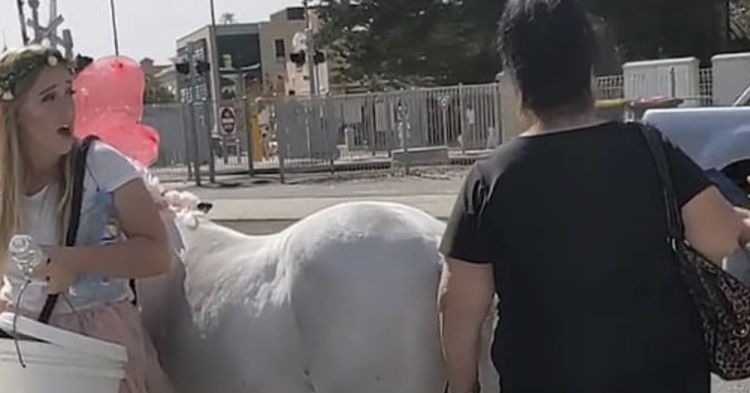 Tash Peterson is not afraid of a little publicity. The outspoken vegan activist recently crashed a family carnival party to lash out at the animal entertainers for “enslaving ponies” and dressing them up as unicorns so children could ride them. Peterson previously made headlines for her anti-meat protests. Last Saturday, she confronted the owner of For Any Occasion, Meg Freeman, who brought her ponies to a family event for the Funmantle children’s holiday festival in Fremantle, UK.

As children enjoy their rides on the ponies, Peterson gets aggressive. She continues to shout “animal abuse” at Freeman and her employees, although both the ponies and children seem to be enjoying the experience. In a video that Peterson uploaded to social media, she declares, “this is slavery” and urges Freeman to stop parading the ponies around the fair. 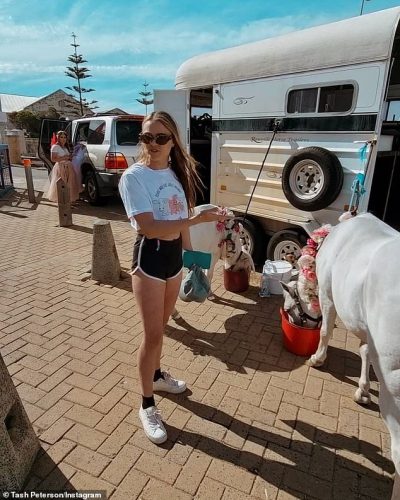 Freeman can be heard replying in the clip. “They’re not. They’re happy girls,” she said of her carefully cared-for ponies.

Meanwhile, the 27-year-old activist appeared in her video wearing eye-catching booty shorts with the phrase “Vegan Booty” written across her cheeks. She refused to believe that Freeman’s ponies were treated nicely and assure the business owner that she is keeping her animals as slaves.

“You’re using them as show ponies. Animals are not here for our own entertainment. If they were humans, do you think it would be any different?” 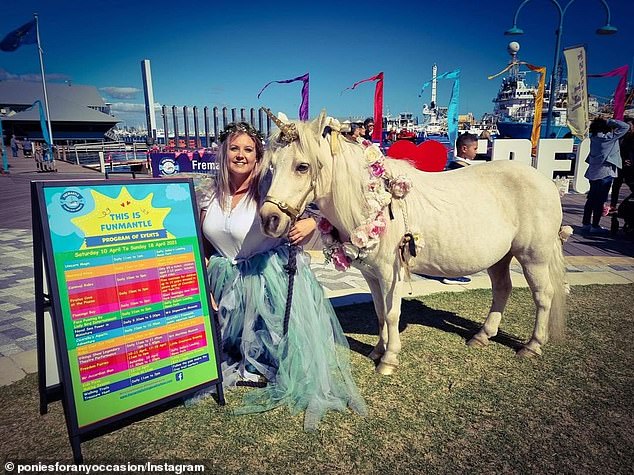 Freeman (above) became concerned when Peterson continued to badger her and confront her for bringing her ponies to the family fairground. Freeman resorted to threatening to call security on the vegan activist and also pleaded with the 27-year-old to simply leave her and her event alone.

Peterson refused to back down, saying: “It’s blatant slavery. Don’t treat animals like that. They deserve to live freely. I’m standing up for these animals that can’t speak for themselves.”

Freeman becomes very upset that she is getting accosted by the vegan activist. She tries to escape Peterson by walking away, but that doesn’t work. Instead, she turns around to talk back to the vegan. 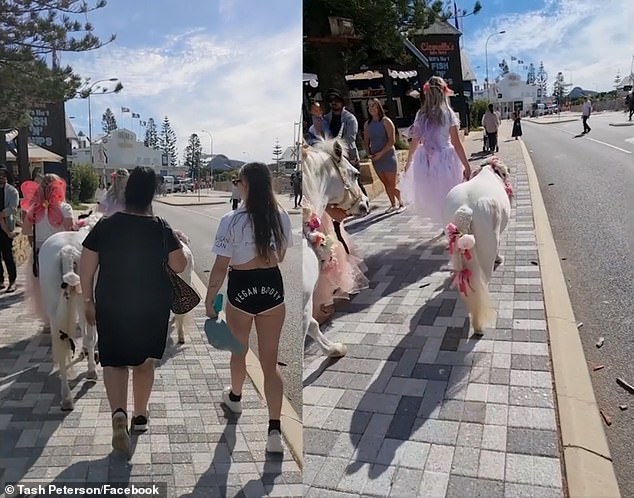 Peterson shared the video footage of her confrontation on her Facebook page, where she defended her actions at the family event.

“These innocent slaves are being subjugated and demeaned to create profit for their slave owners to entertain children,” she captioned her video. “Dressed as unicorns – painted nails, braided hair, flower necklaces and shaved love hearts into their body hair; it is obvious that these beautiful creatures are being objectified and their freedom stolen from them for someone else’s entertainment.”

Peterson explained that her protest was spontaneous because she saw the ponies leaving the beach and decided to follow them.

“I couldn’t believe what I saw in front of me when I saw the depressed faces of those two ponies,” the activist said. “Today was a hot and intensely humid day with a lot of smoke in the air from a local fire, and these beings were being subjugated to prancing around with children in their faces taking photos all day long.”

What do you think about this vegan activist’s work?