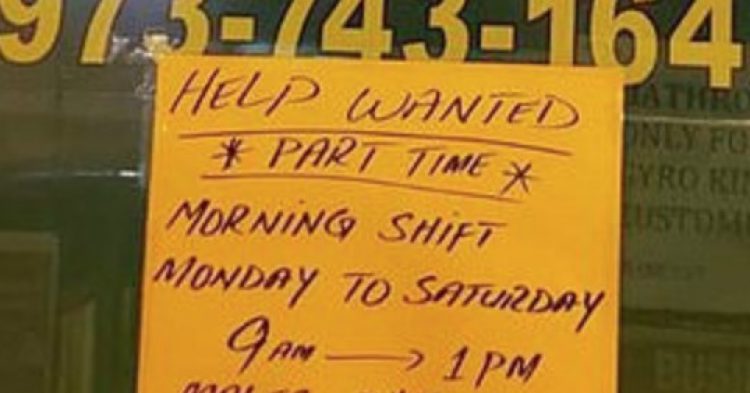 In New Jersey, a restaurant that serves Middle Eastern cuisine is making waves after it posted a “now hiring” sign with sexist connotations. The job listing asks that “males only” apply for the position because the managers think that women would be unqualified to lift boxes that weigh as much as 40 pounds. The restaurant NY Gyro King has come under fire now that people are seeing the discriminatory practice on the internet.

The job listing was posted after an employee quit their post rather suddenly. The management put the note on the restaurant on Saturday, looking to fill the position as fast as they possibly could. That’s when people in New Jersey saw the sign and snapped photos of it, sharing their outrage on the Facebook group, Citizens of Bloomfield. 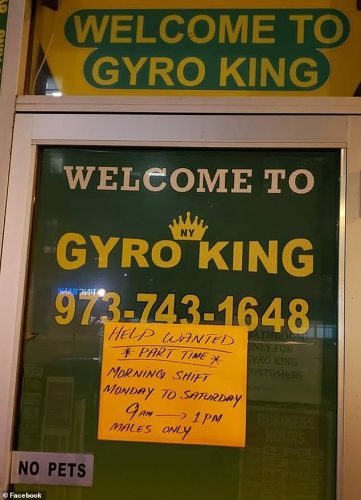 As more and more New Jersey residents saw the wanted ad, they continued to share their outrage. They needed to have their voices heard and have the restaurant punished for discriminating against women while hiring for the dingy place.

Although the general public sees this wanted ad as a problem, the manager of NY Gyro King didn’t think anything was wrong with it. Because the job requires the lifting of 40-pound boxes, the manager simply thought that women would be unqualified for the work. This antiquated view certainly struck a chord of disdain among the public.

“A sign like that is disheartening to a young female looking for work, or even a single mother trying to do the proper thing and work and not live off subsidies,” Joseph Pezzano wrote. He was the outraged citizen who first saw the sexist sign posted on the front of the Middle Eastern restaurant.

“Help wanted. Part-time morning shift Monday to Saturday. 9 am to 1 pm. Males only.” 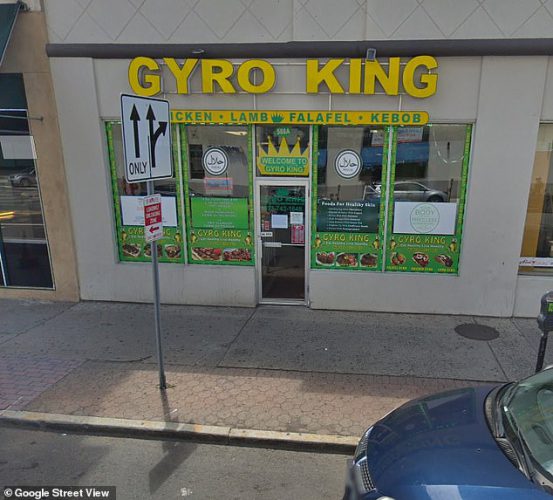 People continued to add their comments to the conversation agreeing with Pezzano’s assessment of the sign and sharing their outrage that the restaurant would discriminate against women for the work.

“Oh the ignorance of Bloomfield citizens once again,” another resident cried.

“This is the USA, not Saudi Arabia,” one person wrote. “I love their food, but after seeing this, I’m not going there again.”

One person offered the restaurant a word of advice if they were trying to skirt the law. “It would have been smarter to let women apply and just not hire them. Not advertise ‘no women.’”

“The workers are Muslim. You are not allowed to mix males with females unless they are family members. Please don’t be willfully ignorant,” one person wrote. However, the manager made it quite clear that this was not a religious issue, but a discriminatory tactic to keep women out of a job because of fear that they would be unable to lift 40-pound boxes.

“We have nothing against ladies, manager Amir Ahmad said. “We’re not sexist or anything like that.”

What do you think about the wanted ad?