A Baby Was Left In The Sewer To Die, But It Was Rescued By The Most Unlikely Heroes 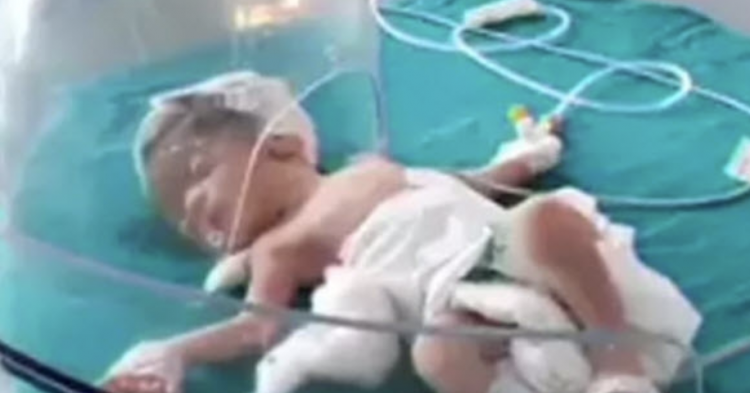 Now that more people are making the wise move to install security cameras on their property, shocking incidents are being caught on camera. Before these CCTV cameras were erected on every home and on every street corner, incidents like this would go unnoticed for some time. Thankfully, the security cameras at the scene of this incident in Kaithal, India, managed to capture the necessary details to save the life of an abandoned baby left to die in a stinky sewer.

In the footage, a woman approaches the sewer drain with a package in her arms. The bundle is wrapped in plastic. She tosses it down the drain before walking off without looking back. However, the bundle contained a newborn baby girl – not some collection of trash. And the little girl was still very much alive. After getting hurled down the drain, by who authorities believe to be her birth mother, the little girl wailed at the top of her lungs seeking rescue. 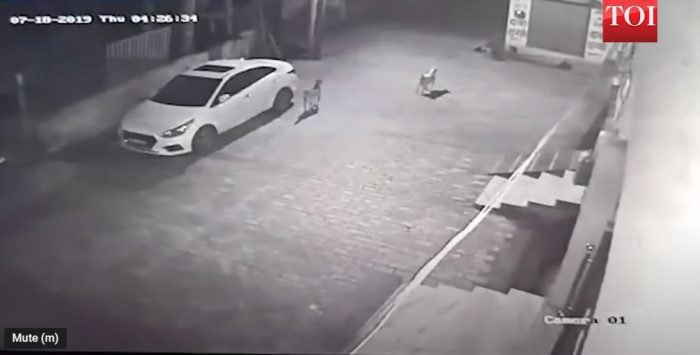 Across India, the problem of female infanticide is still quite prevalent. Because many people in the country do not have access to quality health care, newborn babies are sometimes left for dead for lack of money as well as for lack of love.

Fortunately, this baby girl was rescued by the most unlikely heroes. Stray dogs wandered over to the drain to check out the screaming baby dropped there. Although the dogs were undoubtedly hungry, they did not turn the helpless baby into a midnight snack. Instead, one dog reached its snout into the drain and plucked the baby out of the stinky sewer. Then the dog brought the baby to safety and began barking for help. 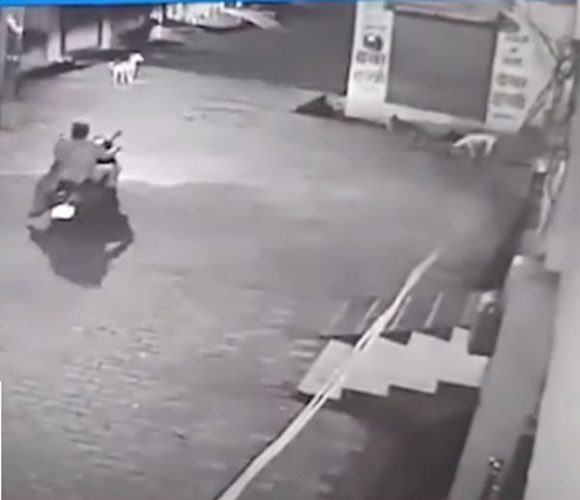 Before long, people noticed the barking dogs and came over to check out their discovery. These people were horrified by what they found. These people wasted no time contacting the local police department to get the baby the help she needed to survive.

After help arrived, the newborn baby was rushed to the District Civil Hospital, where she was given the best care available for her. She was not in good shape, so doctors and nurses had to hook her up to machines and work around the clock to keep her alive.

“She is likely a premature baby born after seven months of pregnancy. We decided to keep her under observation as transit could be life-threatening for her,” the principal medical officer Dineh Kansal told The Times of India.

The footage below first went online back in July 2019. Although it’s been more than a year since this baby girl was rescued by stray dogs, reports of her health are not forthcoming. Hopefully, she was brought to a family who was eager to accept a beautiful baby girl into their home. 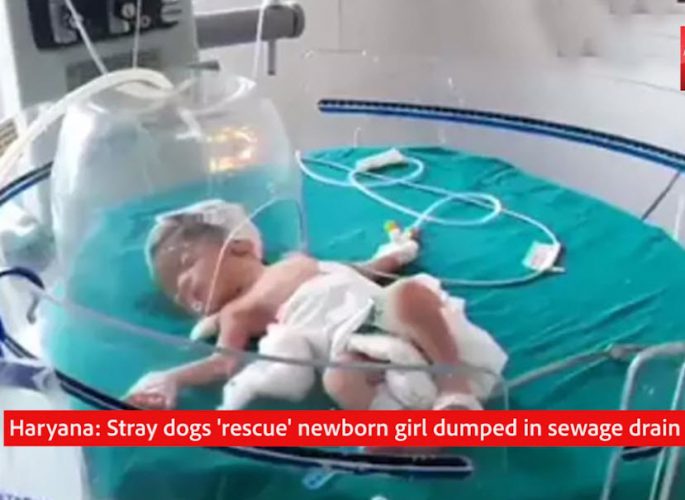 Viewers wrote dozens of comments on The Times of India video.

“Give me the Baby. I will raise her. I don’t know how stone-hearted the mother would be,” wrote one person.

“Did everybody notice that they chased away a RAT who had taken an interest in the baby?”

Thankfully these dogs helped the baby out of the sewer.