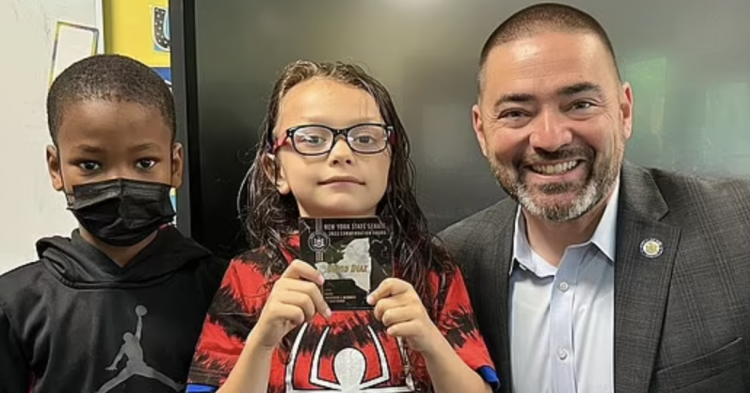 A seven-year-old boy is being hailed a hero after he saved his classmate’s life when the other boy was choking on food. Apparently, our hero, young David Diaz, Jr., learned how to perform the Heimlich maneuver because he had been watching The Good Doctor television series with his family and had seen the life-saving technique on the program. Although Diaz is just a second-grade student at Woodrow Wilson Elementary School in Binghamton, New York, he rose to the challenge and saved the life of the other boy who was choking on food during the school day.

The incident occurred during the lunch hour. The other boy, DeAndre, began choking after a piece of pizza got stuck in his throat. Diaz, Jr. immediately recognized that his friend was in trouble, so he got up and went behind him to ready himself for the Heimlich maneuver, which he learned how to do by watching the actors on The Good Doctor save a patient’s life on the program. 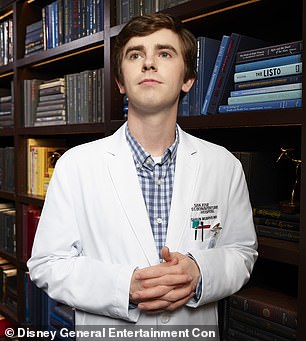 Diaz, Jr. correctly performed the Heimlich maneuver and managed to get the piece of pizza unstuck from DeAndre’s throat. Thanks to the young hero, DeAndre was able to breathe again. If it wasn’t for The Good Doctor, which stars Freddie Highmore on the ABC show, DeAndre might not have been saved in time.

Although teachers were nearby, Diaz Jr. decided to save DeAndre himself since he was closest. He believes you should “always” help people who are “in danger” because it is the duty of a Good Samaritan. The boy said he did not think too much about what he was doing and instead just acted out of instinct. 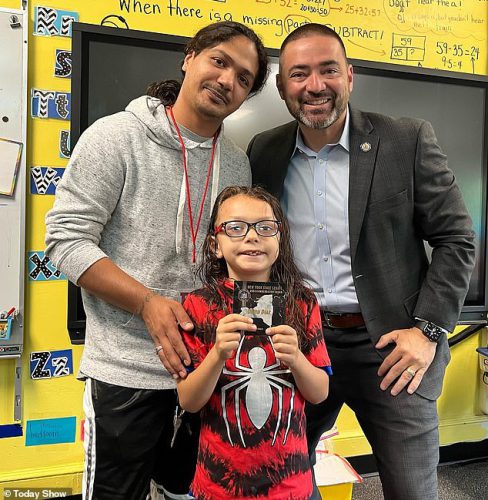 “If anybody is choking or is in danger, you always have to save them. If you don’t, then that could be really sad,” Diaz told Fox News. “I didn’t know what to do, so I just did it.”

Kristin Korba is a second-grade teacher at the elementary school. She was monitoring the cafeteria when the choking incident occurred. After she watched Diaz, Jr. save DeAndre’s life, she spoke to the young hero, who told her he had seen doctors on television using the Heimlich maneuver. He also told Korba that he decided to “remember it” because the Heimlich might become very useful during an “important” moment – and he was right! 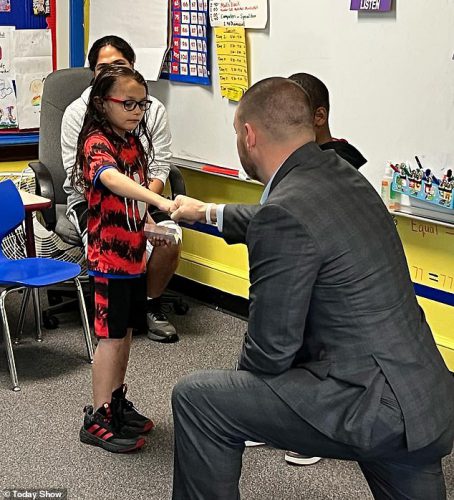 When news broke about David Diaz, Jr.’s heroism, New York State Senator Fred Akshar made a visit to the elementary school for a special purpose. Akshar presented Diaz, Jr. with the State Senate Commendation Award for his bravery in helping the other little boy survive the choking incident.

“David Jr. acted without hesitation, jumped in, and performed the Heimlich maneuver to save DeAndre’s life,” the senator told the Today show. “We were proud to present David Jr. with a New York State Senate Commendation Award for exemplifying what it means to be a hero in his community.” 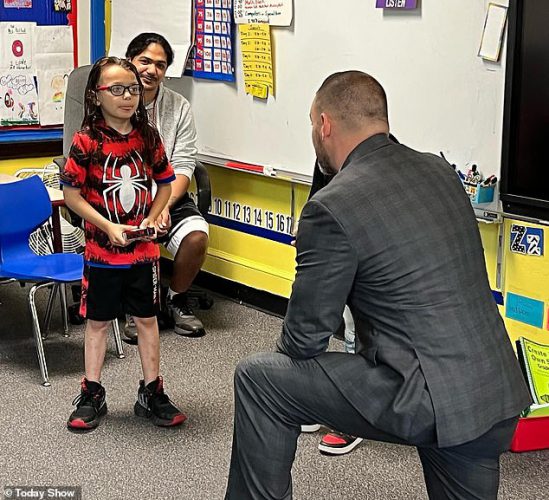 David Diaz Sr. told Fox how proud he was of his son.

“I’m very proud of my son,” his dad gushed to Fox. “He’s an angel in my eyes. If he’d like to pursue becoming a doctor when he grows up, I’ll be happy to help him achieve that later in life. But it’s really up to him.”