45 Kids All Got Sick At School, And Nobody Can Figure Out Why 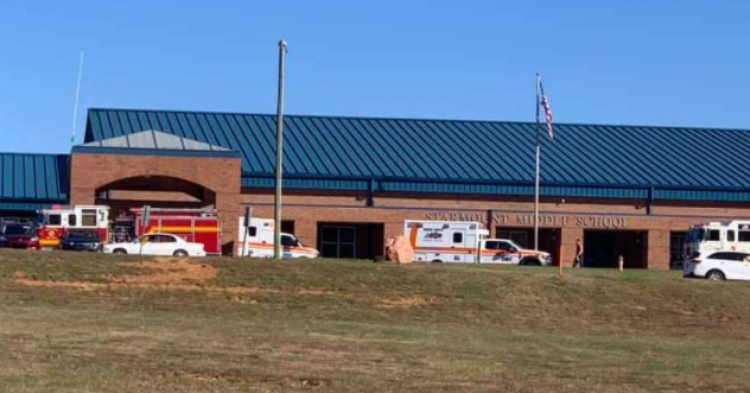 Monday afternoon suddenly became a terrifying situation when forty-five sixth-grade students suddenly became ill at the same time. Although authorities are utterly clueless as to why this happened, they are eager to get to the bottom of it and figure out why this happened at North Carolina’s Starmount Middle School in Yadkin County of all places. Dozens of students complained of symptoms of nausea and headaches, while some of them began throwing up in the school bathrooms.

For some reason, only sixth-graders at the North Carolina school were affected by the mysterious illness. The other students in the other grades did not get sick. The school had no clue why so many students were getting sick at the same time, so they conducted a shelter in place drill to ensure that whatever was causing the sickness would not get another chance to spread to more people and make even more people sick.

Parents of students at the school were very confused and upset when they heard that their children had gotten sick like that. The Yadkin County Schools superintendent Todd Martin spoke to the parents of students about the incident and urged them to remain calm while they tried to figure out what caused the sickness in the first place.

“I understand parents were nervous and upset. No messaging went out [from the school] because I can tell you, I saw first hand, administration and front office staff were focused on helping students. That’s the first priority,” Martin said.

When teachers and school administrators became overwhelmed with the number of sick sixth-grade students, they called in reinforcements. First responders arrived at the school to try and see if they would be able to figure out what was happening. Unfortunately, they have not yet been able to determine why so many children fell sick at the exact same time with the same symptoms.

Rumors began to spread that the school had sprung a CO2 leak. However, the superintendent ruled this theory out and confirmed that it was simply not the case.

Fortunately, most of the sick sixth-graders were able to return to school the next day, Tuesday.

Besides the possibility of a CO2 leak, authorities are wondering if it might have been some sort of food poisoning. However, this has not yet been confirmed to be the reason for the outbreak of the sickness throughout the grade.

The Yadkin County Health Director, Tony Zenkevich, told reporters that his department is currently investigating the cause of this incident.

“It’s just too soon to speculate on what happened, but we are looking at all possibilities,” he said. “We will be working with the school system and others who responded.”

Parents were not happy with the lack of information and explanation as to what caused so many students at Starmount Middle School in Yadkin County, North Carolina become sick all at once.

“I think it’s a safety issue,” said one parent who wished to remain anonymous.” We need more information on how this happened, why this happened. There was no notice to any parent about what was going on. There’s a lot of unanswered questions, and we deserve answers.”

“It is scary to think something like this could happen at our kids’ school,” said another concerned mother as she arrived early in the morning to pick up her children from Starmount Middle School. “I don’t know how it happened, but I hope they find out.”